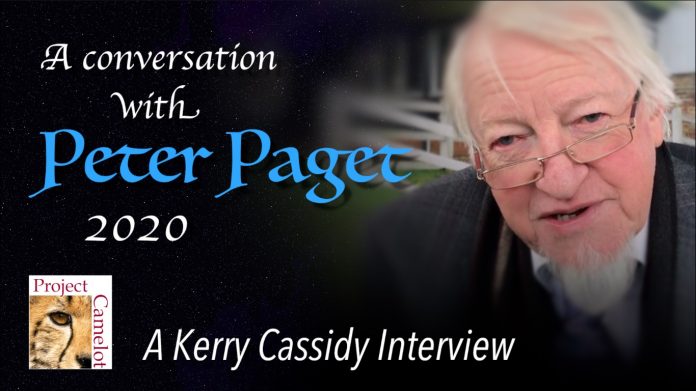 An update with Peter Paget.

Peter Paget worked as a spy for the British Crown for most of his life. At a certain point, he began researching UFOs and wrote a book called THE WELSH TRIANGLE… “Called on by Intelligence services to investigate a mysterious series of UFO sightings in rural South Wales, secret spy, Peter Paget uncovered a tale he would have found hard to believe had he not heard it first-hand from credible witnesses.”–Amazon.com

I have done several interviews with Peter and he often speaks at my Awake & Aware conference every June in Watford, UK. We talk about current events…