Well known astrologer and speaker, Dr. Turi was my guest on Wednesday August 7, 2019.

See his bio below taken from his website:  www.drturi.com/bio/

Dr. Turi is a natural healer, a proficient author and captivating speaker with profound predictive wisdom that astonishes everyone. in 2016, Dr. Turi was visited on two occasions by the FBI for his unarguable terrorist attacks predictions. Visit his website www.drturi.com

Like the great prophet, Nostradamus, Dr. Turi was born and raised in Provence, France. He was influenced by the Seer’s” 16th century Divine Astrology methodology and spent last 45 years re-kindling the great Seer’s rare disciplines and all its spiritual and natural therapeutic values.

In 1976 he received the highest distinction Musicianship Award Cup and graduated from the Royal School of Music in London. He moved to the US in 1984 and has since established himself as a successful astrologer, author, healer and lecturer.

Dr. Turi was recognized in the 2003 Marquis “Who”s Who in America” as an accomplished hypnotherapist, psychotherapist and formidable motivational speaker. He has taught audiences on the supra-conscious creative forced in time and space and how to use its power to heal the body, mind and soul.

Dr. Turi is a 10 years cancer survivor who refused chemotherapy and healed himself and people from all walks of life using Nostradamus’ natural blood transfusion. He speaks and teach of the cosmic face and celestial tools of the creator to better one’s life and warns the world with undeniable well-documented predictions and the dated published printing process makes the proof of his predictions totally unarguable.

He was recognized in the 2003 Marquis “Who’s Who in America” and has been the personal counselor of celebrities, Ivana Trump, Peter Fonda, Gary Busey, Denis Haysbert, John Gray and many others. Dr. Turi has been a favorite guest of George Noory on Coast-To-Coast AM radio and the BBC in London.

In 1993 he received a metaphysical Doctorate from the Progressive Universal Life Church based in Sacramento, California. His notoriety skyrocketed after rekindling, practicing and teaching Nostradamus’ natural healing and rare Divine Astrology method which he calls Astroforensic. Since 1991 Dr. Turi appeared on numerous radio and television programs worldwide.

Dr. Turi spoke at Borders and Barnes & Noble bookstores nationwide, as well as at well-known facilities worldwide including US popular cruise lines, Las Ventana resort in Mexico and countless of conferences worldwide. Dr. Turi’s predictions and articles have been featured in India and European top magazines, Star Teller.

His articles have also been featured in Australia’s New Dawn Magazine, UFO Encounter Magazine. His cosmic work has appeared in various newspapers, La Jolla Light, Los Angeles Times, Fate Magazine and Magazine 2000 in the Us and Europe. Recently Free Spirit Journal and Mystic Pop Magazine and UFO Enigma have picked up his articles on natural healing the Dragon and daily forecasts.

He has been featured on national television programs such as NBC’s “Ancient Mysteries” series, TLC, the Discovery Channel, “Journal of the Unknown, Weird of what? with William Shatner and More Than Human” to name a few. 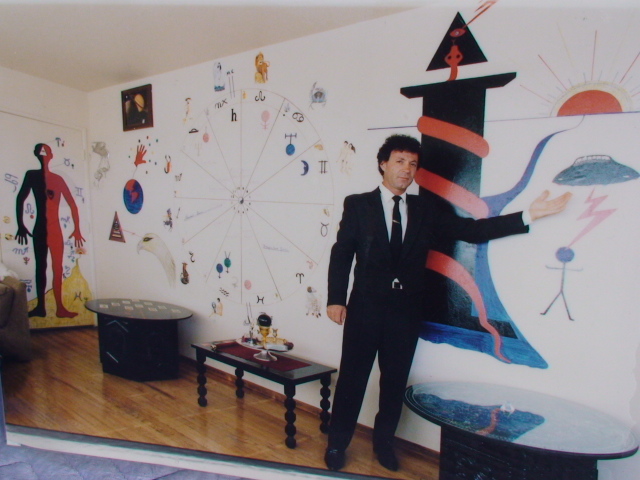 CLICK HERE  – ANSWERING SOME QUESTIONS ABOUT EXTRATERRESTRIALS  INFLUENCING MY FATE

Dr Turi lectures on many topics but his forte is “The Power of the Subconscious” used to uncover UCI (Unique Celestial Identity) to motivate people to be at their best using their natal gifts. Dr. Turi also lectures on the medical aspects of Astropsychology, Hypnotherapy and a multitude of rare Cabalistic Healing Therapy. You may choose any of the presentations that would benefit your audience from the list of lecture topics.

ALL Major Earthquakes Above 6.0 were FULLY and UNARGUABLY predicted in my book Moon Power on Coast To Coast am National radio with George Noory and numerous television shows.

I am the only Astrophile on the planet posting regularly, my “SOS To The World” windows in all websites preparing humankind for its impending fate.  People can accurately judge or swear by my predictive gift only if they paid attention to my work. Until then a newcomer can only assume or be skeptical! Take the time to investigate my work in translating the creator’s will upon mankind and understand the “cosmic code” jurisdictions by reading my cosmic code newsletters.

Predictions Page. (Please scroll down to read the 22 set of predictions.)