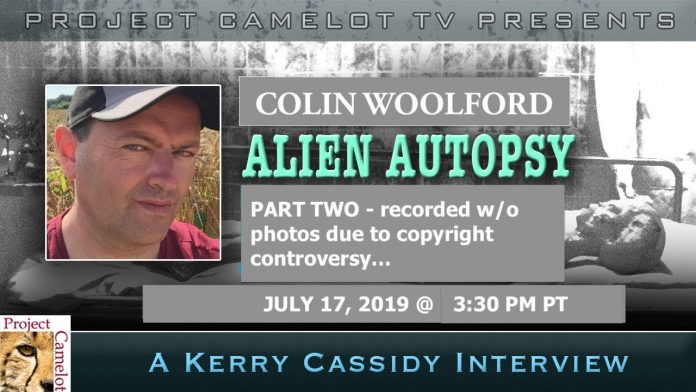 Now edited to smooth out delays.  This conversation about the Alien Autopsy contains no pics or photos due to copyright controversy.

PART ONE: (WATCH BELOW)

I talk with Colin Woolford about his views on the alien autopsy — another look.  This video was interfered with and partway through we were thrown off Youtube and I could not get back on.  I was unfairly given a copyright strike by Youtube in spite of the fact that the person who filed the complaint is involved in a controversy with Ray Santilli who originally claimed he was given the footage shot by the U.S. Army…

SEE BELOW FOR PART ONE ON BITCHUTE: (PHOTOS REMOVED)

This incident should not to be confused with the more famous Roswell crash(es) which were believed to have come down in early July but was of another crash that took place at Nogal Canyon,Socorro, New Mexico on May 31st 1947 as per the cameraman’s statement.

I believe there is an ongoing conspiracy to conceal the truth of this matter.”–COLIN WOOLFORD