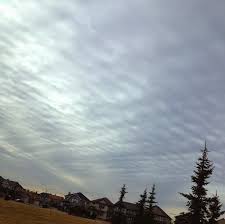 Landed last night in LA and will post this today.  All quiet here so far.

Notes:  I have been in many LA quakes in the past living in Hollywood and the valley… there are many precursors of REAL QUAKES versus MAN-MADE QUAKES… I am an Earth Sensitive and can tell the difference.

One thing to be aware of is changes in the skies and clouds prior to an EQ.  There can be electronic signatures /or scaler coloring of the clouds.  Also a couple days in advance the atmosphere changes… often accompanied by clouds or uncharacteristic darkness during the daylight hours.  Also, most quakes have many pre-shocks as well as aftershocks and tend to build in a predictable manner in advance….

We had a joke back in the days when there were many that unless it was a “car alarmer” it didn’t rate.  Car Alarmers are 5.0 or above but that was before they downgraded the USGS rating several years ago… So the 6.4  and 7.1 would have actually been much larger in real terms.  The downgrading of the rating system was to further mystify the public so they would have no idea of the danger.

Another thing to keep in mind is animals always know in advance and dogs will start barking around a neighborhood which is a good warning.  Cats apparently have been tracked to disappear prior to an Earthquake according to a key geologist.

As an Earth Sensitive, I can feel it in the Earth’s magnetic field in my feet in advance and have correctly predicted coming quakes in the past as much as 2 or 3 days in advance.  This relates of course to natural ones but if they attempt to induce a man-made one this can also have pre-quakes as the magnetics have to change regardless of which type is operational.

Another symptom is headaches or nausea….Changes in eyesight as the field changes…seeing etheric shadows etc.

I get a sort of nearly imperceptible buzzing sensation in my feet and legs as well prior to a large quake.

Many people have pre-symptoms but don’t realize it.

We know the SSP (Secret Space Program) has caused Earthquakes for various reasons…sometimes as a Weather Wars weapon and sometimes while expanding their underground bases and facilities.

The recent California quakes were centered near Chna Lake which has a massive underground base as well as key aerospace and defense contractor facilities above ground.  This clearly points to something they are doing.

I have also seen the possibility that the recent 3-key large quakes could be a triangulation meant to release the pent up EQ energy from the Earth in California because for some reason for the past few years we have had VERY FEW quakes in California at all compared to the past.

It may be they are building toward creating what people like to call ‘the big one” to take down the Greater Los Angeles area”… I have seen this quake happen in my minds eye and in visions.  Why they want this I do not know.

It may be part of an overall desire to weaken the infrastructure and clear out California for further infiltration and takeover by an alien race.  This is no joke.

There has been a battle in the skies over LA for years and I have seen some of it but it was also filmed extensively by the Eyepod.org guy who they killed a few years ago.

He used to set up a camera on his deck at night and leave it running all night.  He gathered many reams of film of the battles going on in the skies above Malibu and LA.  A former employee of the DEA I met with him and we talked off the record for hours one day.  Sometime after that they rear-ended his car, then about nine months later they killed him.

Prior to that he had a house in Malibu I believe.  That house was hit by a scaler or particle beam weapon and demolished.  Luckily he was not at home that day.  All the other houses in the neighborhood were untouched.

Then he met someone and moved and got married and had a new baby.  He was very happy.  However, he set up his camera and started filming again and sometime later he was killed.

He started a website called eyepod.org  (you might be able to find it in the global wayback machine or maybe not).  He reported a bit about filming the battles over LA with aliens and that was when they killed him.

The author Geoge Lobuono (Alien Mind) wrote a blog on the Eyepod.org site and through this site, I connected with George.  We filmed an interview with George but the video was so interfered with along with the sound I don’t think we released it.  I could try to salvage it if I have the time.  The reason the tech was so bad even though it was filmed in person at Lake Tahoe was from ET interference.  This much is very clear.

George Lobuono was an experiencer quite knowledgeable.  He wrote about his experiences in his excellent book Alien Mind available on Amazon.  Here are two radio shows we did with him years ago…