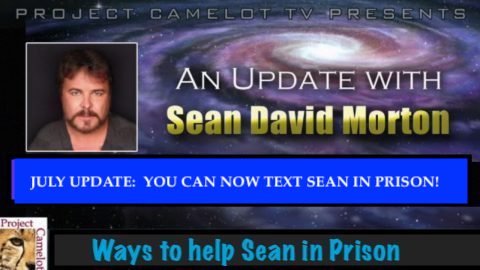 From Sean David Morton: Hey There! Hi There! Ho THERE!

First off thru the amazing power of technology, and for those of you who hate the CORRILINKS email system, like everyone does, you can TEXT ME directly from your PHONES!!! And it goes right to my email HERE! So we can all stay in better touch, and it has been fabulous to hear from you!! Just such a JOY to be in contact w so many of my friends AGAIN!!

So THAT is my new TEXT PHONE NUMBER. USE IT! WORK THOSE THUMBS! Text me some LOVE! I only get a NUMBER here, so include your NAMES…

During my meditations, it came to me that Melissa’s father was going to die. I told her she should call him and make her peace with him after years of estrangement, and that he would not make it thru July. He suddenly had stomach cramps and went to the hospital, but came out with a clean bill of health and told everything was fine. She called her house, and he picked up the phone, and they made up, and told each other they loved one another, and fixed years of hurt and hate. Two days later, in a freak accident, he fell down the stairs and died. She has been in Utah dealing with the death and her family and the funeral is today, July 5th. She is still homeless and broke and you can help her with any contribution you can spare.

The irony here is that my prediction was only 4 days off, and that on the 4th of JULY, the holiday MOST hated by the Socialist/Communist/NAZIS that California has become, that it would almost BREAK OFF from the rest of the United States! Does no one else but ME think that is one of God’s little jokes? Maybe it just NEEDS to be it’s own island now so it stops INFECTING the rest of America.

The quake was a 6.6, directly in line with my prediction…but was then PULLED DOWN to a 6.4 for some mysterious reason…but it gets stranger. You may not know that we no longer use the RICHTER SCALE for quake measurement, but after the 1994 Northridge quake they went to the SWS-Surface Wave Sensor system which now pulls EQ magnitudes DOWN by .3 to .5. So on the Richter scale this EQ would have been rated a 7.1. The quake was felt far into Nevada, with a 4.5 (really a 5.0) in Los Angeles, and rocked and rolled the entire southern part of the state into Nevada.

Also, the media is telling you the epicenter was Ridgecrest, Calif., which is also not true. The epicenter was really the CHINA LAKE NAVAL WEAPONS TEST CENTER…and they didn’t want to TELL you that, ONCE AGAIN, a major EQ was rolling out of a MILITARY base, where they blow stuff up all the time, and they don’t really want you to know it’s even there. Funny how NAVY bases are in the MOJAVE DESERT! (I guess LIZARDS LIKE the desert!)

In September of 1993 in my Delphi Associates Newsletter (R.I.P.) when I predicted the Northridge EQ, I spoke extensively that we were embarking on an era of ARTIFICIALLY INDUCED earthquakes to relieve pressure on strained landmasses, and to realign the poles of the Earth with galactic center and that there was a super-science based plan in place to save the world. I have lectured on it extensively.

So, again, my prediction of the magnitude of the So Cal quake was AGAIN…DEAD ON and DEAD RIGHT (yes, I can really do this folks!) with the timing being off by only 4 days…so pretty good for horseshoes and hand grenades. AFTER SHOCKS in the 5.0 range will be rocking and rolling all of California for the next 6 months…unless I get out of here to work some magic and calm it down. But do we WANT TO? Is there anyone out there by now that DOESN’T think that places like San Francisco might NEED to be destroyed, so they can START OVER and fix it all?

On a more positive note: My appeal is pending. The baffled Fed/Gov can’t figured out how to FIGHT my appeal, so w ALL their near infinite resources they asked for a 30 day extension for their answer now due July 20th. And they will no doubt find a way to drag it out even more.

Also, doing the math for sentencing under Trump’s revolutionary FIRST STEP ACT, I should have been RELEASED 9 months ago. It also now takes the power OUT of the hands of the BOP, that just never wants to let anyone go, and puts it back in the hands of the SENTENCING COURT! So, because the BOP has blinded me, I filed my motion for COMPASSIONATE RELEASE under the 1st Step Act on July 1.

And, on that SAME DAY, July 1, on the New Moon on MONDAY with Sun and Moon in Cancer, I also signed an OPTION AGREEMENT with some of the biggest players in Hollywood, to turn my SANDS OF TIME books into a TELEVISION SERIES!!

June 21, 2019, was the halfway point in the Mayan Calendar of the 13 year period of the NIGHT OF THE JAGUAR…and I said it was like a COSMIC CHRISTMAS…that we would be half-way out of the dark and heading towards the light…

And I can feel that wonderful light now bathing us all!

Love and Infinite blessings to you all.