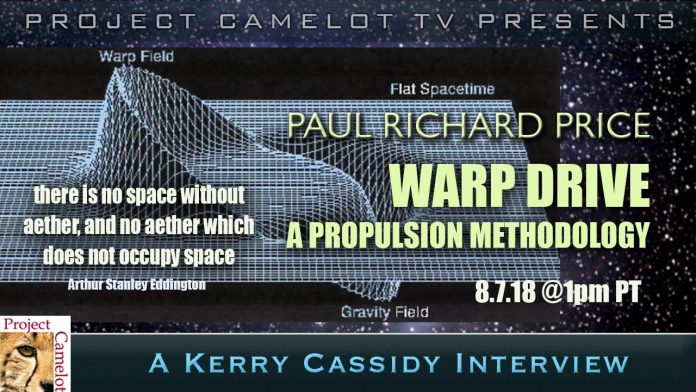 An interview with Paul Richard Price about his paper entitled, GRAVITATIONAL PROPULSION IN A FLUID MEMBRANE: A NEW PROPULSION METHODOLOGY. WATCH HERE:

My first interview with Paul Price: