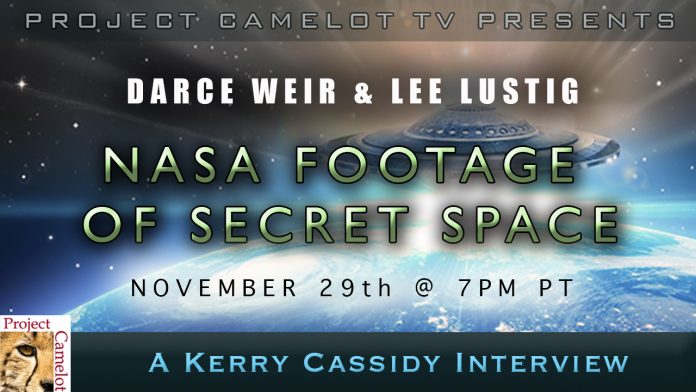 Tonight at 7pm PT – I will interview Darce Weir & Lee Lustig about their new documentary about NASA footage of secret space called BEYOND THE SPECTRUM.

See below for bio(s) and about “Beyond the Spectrum” and go here to view their documentary trailer.

In 2011, Lee moved to Los Angeles, California, where he immediately became an editor in Peter Brennan’s (creator of Judge Judy, Current Affair, Hard Copy) production company on the Emmy winning show “Last Shot With Judge Gunn”. Lee is typically busy with a variety of projects such as reality shows, sizzle reels, independent films, and comedy sketches. In the past several years Lee has been an Editor on an extensive amount of syndicated reality TV shows including Ax-Men (History), Yukon River Run (NatGeo), Leah Remini: It’s All Relative (TLC), Shark Weekend: Shark Alley (Discvoery) and Morgan Freeman’s: The Story of God (NatGeo).

Today, Lee continues to work on his passion as a highly sought after freelance video editor based in Los Angeles, and is excited to be regularly producing video content for television series, high profile actors and business personalities.

DARCE WEIR:
Darcy is an independent documentary filmmaker who has chosen to focus on interesting and challenging subjects. He’s Canadian born and has travelled to world to make his documentaries. This most recent documentary has been in the making for over 4 years. He filmed most of it in Australia, the United States and Canada. Darcy has produced multiple other documentaries including The Underground about Phil Schneider and The Unwonted Sasquatch which follows a long history of the creature also known as Bigfoot in North America. He is currently working on a documentary series that includes new speculation on the UFO and Paranormal world.
About Beyond The Spectrum: 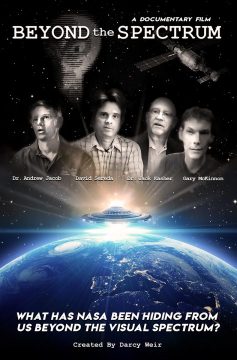