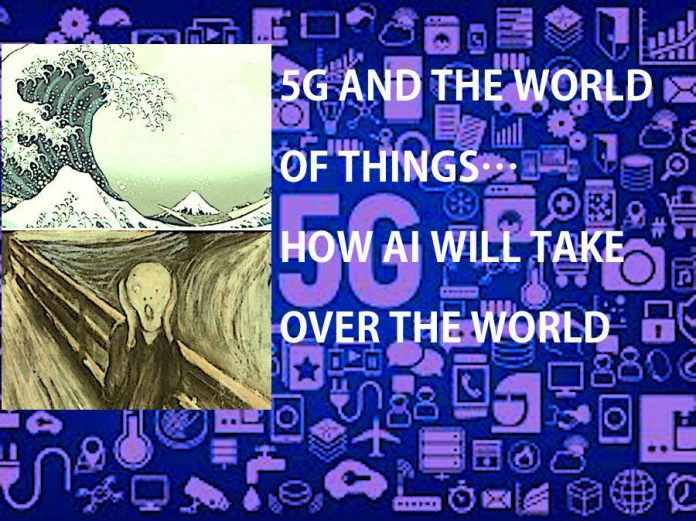 “Where things get particularly interesting, is that Prisma doesn’t simply overlay an affect on your photos. Instead it uses artificial intelligence and neural networks to edit your snaps.”–mirror.co.uk

In one of my recent interviews with Captain Mark Richards from Space Command currently serving a sentence in prison in the Vacaville area he talked about perhaps our greatest threat to humanity, beyond our ET enemies… which is AI (Artificial Intelligence) that can jump from device to device and infect and take over an entire military base (for example).

…”Artificial intelligence can infect things even if they are not mechanical. Mark says the government keeps wraps on this and does not think the public can cope with this information and the ramifications of it. He said that he thinks that it is not an immediate threat on a mass scale; and he described an energy field coming down and infecting a car, for example – a modern car with an on-board computer – that can be infected and then sent back to an artificial intelligence source.”–Kerry Cassidy, Interview III with Captain Mark Richards, SPACE COMMAND

The idea here is that the AI within a car driving by a location can have the ability to “jump” from device to device.  Across short distances.  He used the specific example of a car infected with an AI (from space) could, driving by say a military base jump from there into other devices on the base and then takeover the entire base.  With this in mind we need to understand what 5G is all about is utilizing “millimeter waves” and having the ability to jump from one device to another!  See this article which explains the technology of these waves.

So combining Mark’s information regarding AI and what 5G is proposing tells us a few things:

See this definition of “neural networks”:

So if Prisma already has ‘access to neural networks” and AI, how far away do you think we are from this?  The reality?  We are already here.  We are networked and 5G capability is already a reality.  And for visiting AI’s from outer space (to say nothing of our own equally dangerous AI capability), need I say “Houston, I think we have a problem”?