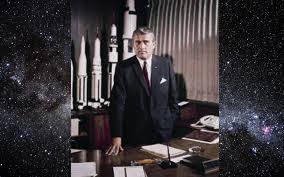 Forget the heart rending saga of the peace loving aliens reported by Captain, USAF, Robert Salas, Robert Hastings and other military whistle blowers who have testified for years about the incursion of ufo activity back in the days of the cold war during the 1960s when reportedly…”Numerous cases include reports of mysterious malfunctions of large numbers of nuclear missiles” ( www.ufohastings.com/ ) were reported on both sides (US & Russia) causing, at the time, much consternation if not outright panic in the ranks… We now have a new twist on an old story where instead of turning OFF the minutemen missiles in silos such as at Malmstrom Air Force Base, as Salas has repeatedly claimed, we are now told by Tom DeLonge former Blink 182 guitarist and singer, that the missiles were instead turned ON by “life forms” in UFOs bent on seeing us destroy ourselves!

We are talking about nuclear missiles standing by and heavily guarded intended to defend their respective countries in the event of a nuclear threat from the other side. According to DeLonge in what he considers to be the real truth about the alien visitors and their devious intentions, we should be thankful that these attacks were thwarted by unsung heroes of the cold war. Soldiers on both sides backed by the national security state, who were making sure that all out nuclear holocaust was avoided while facing a threat of untold origins.

This is the revised history of our nation behind the scenes that DeLonge is being groomed to deliver to the masses. In essence the alibi for the secret government long missing when contemplating any brand of disclosure of the alien presence. Whereby, most versions of disclosure place our government (our secret and not-so-secret government officials) in a position where they would be faced with a nightmare scenario involving accusations of treason, trials and possibly being condemned to death for actions claimed to have been taken in defense of national security, soon to be seen as betrayal of the public trust.

Witness the building of a narrative being wheeled out by Tom DeLonge on a March 2016 show on Coast to Coast AM radio. Knapp’s delicately volleyed queries draw out the plaintive (DeLonge) who openly admits to being ‘handled’ by a mysterious General and a hidden military and secret governmental group (who he claims has little to do with the infamous MJ12). In his new role as eager to please and obedient messenger of disclosure DeLonge seems to sincerely believe he is being fed ‘the truth’. Welcome to the new era of “disclosure” — spin is all important in order to reach your target audience and this is no exception. What Knapp really makes of the ‘emperor’s new clothes remains to be seen…

With the advent of this new era of disclosure of the ET presence, we are brought back in time in DeLonge’s saga and asked for our understanding when viewing what our military and government was said to be facing in the midst of the supposed barely contained panic of the “cold war”. Therefore, the story goes, who can fault our trusty military for finding themselves caught between a rock and a hard place in the midst of a world gone scifi. Who could blame them if they were caught unawares when faced with he presence of such a frighteningly real invasion of aliens bent on wreaking havoc and inciting us to nuclear war with our supposed long time enemy The Russians?

DeLonge would have us recognize our mistake as “conspiracy theorists” and admonishes us to recognize what unacknowledged heroes our “leaders” truly are for thwarting the imminent threat of nuclear devastation thrust on them from out of nowhere or more precisely coming from OUT THERE.

This is the new twist on an old tale is being sold to the usual unsuspecting public around the world one night in March 2016 by Emmy award and Edward R. Murrow Award winning investigative reporter, George Knapp and his ernest and well meaning guest, former rock star, turned ufo investigator Tom DeLonge.

What’s next? Don’t ask. Because Tom DeLonge, dedicated American patriot stands at the ready to defend and protect our national trust and bend over backward to deliver this bill of goods as a soon to be packaged into a major motion picture based on book by author AJ Hartley and… Tom DeLonge.

While the scifi novel gets some good reviews notably one from a disgraced general in charge of nuclear weapons, Maj. Gen. Michael J. Carey (see: www.popularmechanics.com/military/a9924/a-disgraced-air-force-generals-last-interview-16341301/ ) one wonders what is this supposed fresh new take on the UFO scene that is being dished out here in order to move disclosure of a quasi-official nature along? Just curious, is this the so-called top general advising the obliging DeLonge behind-the-scenes?

DeLonge we are told worked on the campaign trail of illuminati insider John Kerry and is now close confidante of official disclosure’s, favorite-son, John Podesta .

DeLonge it would seem is pleased to be in his new role as UFO investigator and determined to bring forward this officially authorized carefully even meticulously revisionary retake on the whole ‘area 51, Roswell alien invasion’ scenario.

Stay tuned because this exercise in disclosure trotted out on the CIA sanctioned Coast-to-Coast AM radio show back in March 2016 is just the first in what is likely to become a growing effort to craft a believable alibi for the 40 years (more like 60 years going on a millennia) of secret history surrounding government secrecy and men and woman who are driven by a dark agenda aimed at hiding the truth about the inter and extra-dimensional ET visitation to Planet Earth. All along claiming you can’t “handle the truth’…

Overturning the previous years narrative supporting a new age belief in peaceful alien brothers from the skies and morphing into a new diabolical version of alien invasion to suit a Project Blue Beam (false alien invasion scenario) in which our military (and the Russians) emerge looking like the heroes they long to be is coming soon to a screen near you.

While generating an ‘us versus them’ narrative is deemed necessary when bent on controlling the masses, it is obvious that the powers-that-wish-to-be need a new bogey man, with the whole ‘war against terror’ pretense wearing thin and so suspect. The alien card was always waiting in the wings as noted by Wernher von Braun and the overly quoted Ronald Reagan.

The sad thing is that in fact there is a real ‘alien’ invasion far more sophisticated than the one DeLonge and team are selling, underway, where real white hats within the secret and not-so-secret military industrial complex are serving their countries and this world with valor and honor defending us against threats far more insidious and endemic than those currently being revealed by DeLonge and his crew of hidden “insiders”.  For more on this see all the Camelot videos…

It is worth noting that the one ray of hope in this sea of infamy is that the secret government and its military are now actually seeing the need to put a spin on disclosure. Aimed at the “youth of today” this is a drive to win hearts and minds just prior to what is likely to be some form of official disclosure that will at least graze the surface of the truth of the history of close encounters way beyond the third kind being conducted on the ground, beneath the sea and in our skies since long before Roswell. 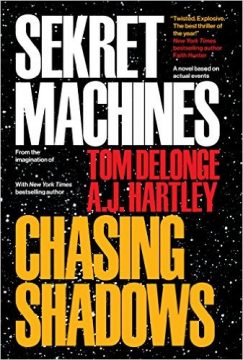