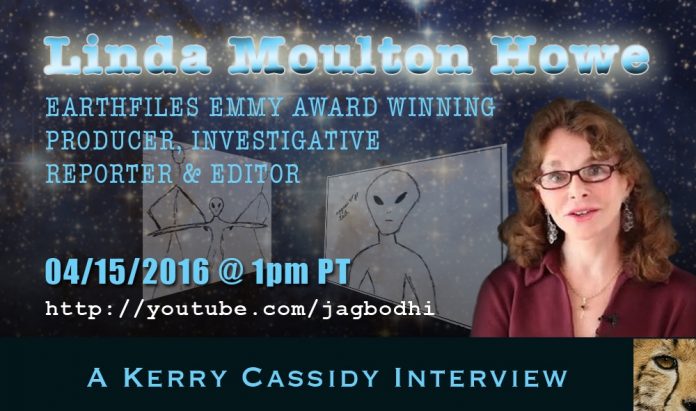 This is the raw footage of the interview with Linda Moutlon Howe where she discusses the new book by Paul Blake Smith, Author, MO41 – The Bombshell Before Roswell.

They tried to prevent this interview from happening… They took down Linda’s internet connection last night and then we had multiple audio issues and started late.  I couldn’t resolve the sound issues on Youtube GoogleHangouts so we moved to Livestream with skype.  This interview is now uploaded back onto Youtube.  After the interview while trying to edit the interview I found the last 1/3rd of the interview where both Linda and I talk about very important ramifications of the story, had no sound on the exported version.  The download from Livestream was fine.  It appears they did everything they could to make sure Linda and I would not be able to discuss what the story really means.  Luckily they were unsuccessful.

The evidence revealed in Linda’s investigation and Paul Blake Smith’s new book lead to the conclusion that FDR likely killed himself (or was mind controlled to do so) in 1945, 4 years into the ET/Crash Retrieval coverup at Cape Girardeau.  During those years the government dealt with real evidence including the “Battle of LA” that revealed we were being invaded by at least one and maybe more ET life forms that were not necessarily friendly.

This is an important investigation into the real cause of FDR’s death, Truman getting into office and the formation of MJ-12.  It is a crucial look at the steps into the culture of secrecy that have surrounded the ET visitation on Planet Earth and what it may mean for future of Humanity