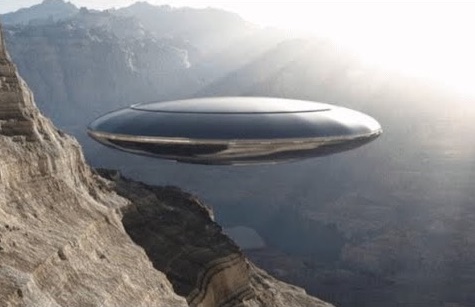 Last month Dr. Athanassios Nassikas of Larissa, Greece filed a European PCT patent on a novel superconducting thruster concept which is expected to develop enough thrust to lift payloads off the ground.  The device consists of a conical superconducting coil and is propelled upward by very large forces called Lorentz forces which it develops internally.  These forces are produced by the interaction of the coil’s high magnetic field with the very strong currents that circulate in its windings.  Designers of superconducting coils have long known about such forces and in fact take precautions to design the coils so that their Lorentz forces don’t rip them apart.  Dr. Nassikas has found a way to constructively use a coil’s Lorentz forces by designing it to have a conical shape.  Mathematical analysis shows that conical coils should develop an unbalanced Lorentz force component directed toward its narrow end, and that this force should be able to propel the coil. 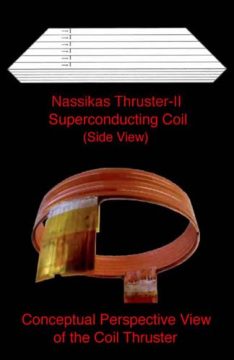 The device is called the Nassikas Thruster II to distinguish it from his earlier superconducting thruster called the Nassikas Thruster I, the latter being a conical superconductor self-propelling maglev thruster which has been built and tested.  Pendulum tests of this first version, which were witnessed by 5 Greek physicists as well as two Cambridge university physicists, one of whom is a Nobel Laureate, showed that it was able to develop a propulsive force of 2.2 grams.  While this is a small amount, its thrust-to-weight ratio was nevertheless 1000 times greater than the ion thruster that NASA used in its mission to Ceres.  Moreover amazingly it was able to achieve this thrust with no energy input since it uses a permanent magnet to generate its magnetic field. While his first thruster invention has application to deep space missions, his second thruster is expected to develop far greater propulsive forces, sufficient to lift heavy payloads off the ground.  It is no wonder that one NASA scientist wanted to be kept informed of future progress.

Dr. Nassikas, who is a retired professor formerly with the Technological Educational Institute of Thesally in Larissa has teamed up with American astrophysicist Dr. Paul LaViolette and two other individuals to build and test his version 2 thruster.  They hope to raise the needed $32,000 through their Indiegogo crowd funding campaign which is accessible at: igg.me/at/levitation-thruster.  Computer model calculations show that the prototype coil they plan to build should weigh only 5 kilograms, together with its liquid nitrogen cooling bath, and should be able to generate a lift force of about 66 kilograms.  This amounts to a thrust to weight ratio of over 13, which is 9 times greater than that of the Space Shuttle main engine.  They project even greater thrusts from production designs.

This so called Nassikas Thruster II would function as a “reactionless thruster”.  That is, it requires no rocket propellent; it develops its propulsive force without creating an opposing reaction force.    Moreover being superconducting, it is expected to create its lift without any need of input energy except when it is initially energized.  So like his version 1 maglev thruster, it challenges physics’ sacred law of energy conservation.  Nassikas and LaViolette maintain that the force propelling the thruster derives its energy from quantum space-time itself, which is similar to what physicists call the quantum vacuum.

If the Nassikas Thruster II prototype experiment proves successful the implications are phenomenal.

It could make possible: 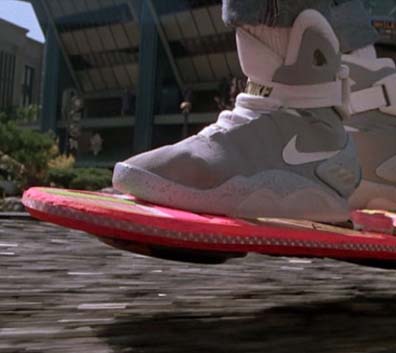 More information on the Nassikas thruster technology can be found at the above Indiegogo link as well as at the etheric.com website.

A NOTE REGARDING  PAUL LA VIOLETTE AND FUNDING VIA INDIEGOGO:

I am writing to call your attention to an interesting research project planned by astrophysicist Dr. Paul LaViolette who is one of the scientists that Project Camelot has had the opportunity to interview in the past.  He is working together with retired Professor Athanassios Nassikas of the Technological Educational Institute of Thessaly in Larissa, Greece to build and test a new levitation thruster technology which has the potential to completely transform society for the better.  To raise money for their project, Dr. LaViolette has created an Indiegogo crowd funding campaign, accessible at: igg.me/at/levitation-thruster.  There you can view an 11 minute video about this amazing new technology and also read an accompanying story about it.  After learning about it, I would encourage you to make a contribution to their fund raising campaign, to help them reach their $32,000 goal, which is what they need to build and test their new thruster prototype.  Any amount you can donate should help.