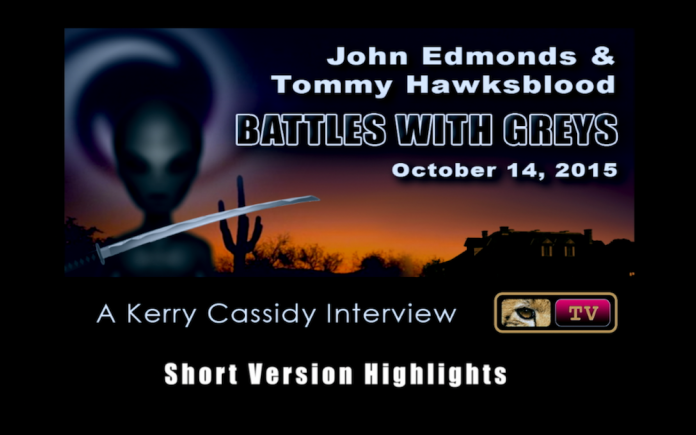 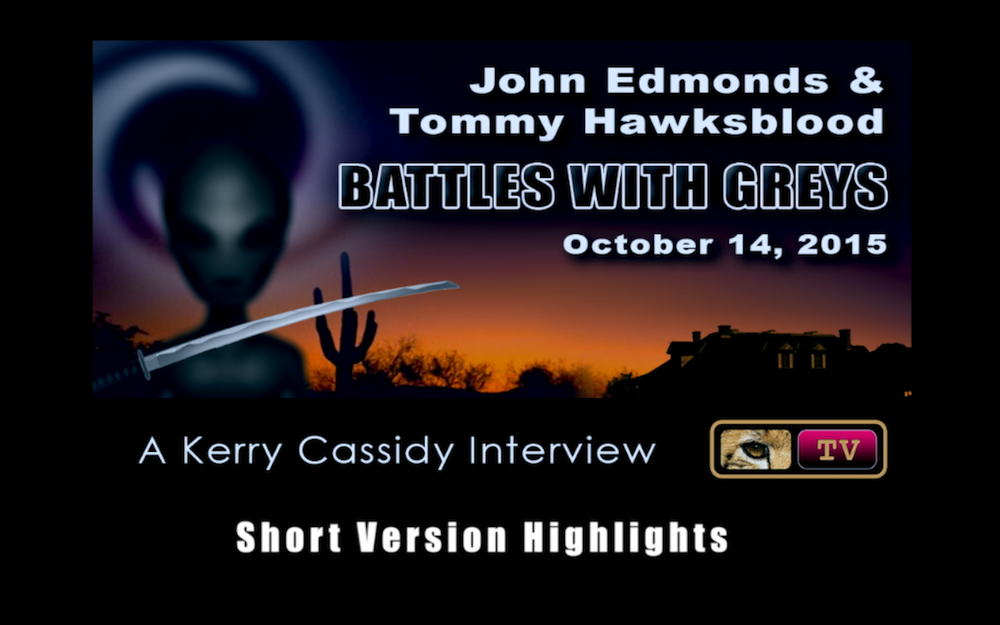 Edmonds was a mystery guest who right before showtime decided to come out using his real name.  His story is off-the-charts bizarre but appears to check out.  He lives on a ranch in Rainbow Valley Arizona and he and his wife have been infiltrated by Greys attacking their animals (they raise horses) and much more.  He claims to have “killed” 8 Greys.  The issue is that while stabbing them with a samurai sword they disappear (in most cases) so killing them is hard to prove.  But he has gotten hold of their body fluids and had them analyzed… they are ‘not of this world’ and definitely NOT human…

The interview includes stories from Hawksblood a well known and well respected UFO Researcher who has been around for many years.

At this time, Tommy Hawksblood is trying to raise funds to fly from Hawaii to Arizona to further investigate and film at the Edmonds Ranch.

CLCIK HERE TO DONATE TO TOMMY HAWKSBLOOD TO MAKE HIS TRIP TO ARIZONA POSSIBLE:   www.gofundme.com/4e6j63mu