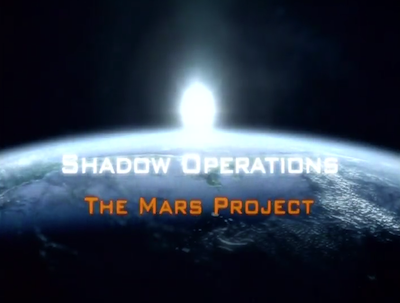 Filmed in 2009 and finally released in 2012.. this show is based on the work of Project Camelot and co-produced by Kerry Cassidy and Bill Ryan.

Re-releasing it now for those who have never seen it!  Must see!  Virtually, disclosure in a box!

This video has gone viral in the last few years. I am posting it here on the Camelot Channel where it belongs. This was the pilot for our TV series that was never made.  Behind the scenes info on what really happened on the making of our PILOT: SHADOW OPERATIONS: THE MARS PROJECT…is available here: projectcamelotportal.com/blog/…Two of the Camelot witnesses on this show have now ‘passed on’: Gordon Novel and Brian O’Leary. We thank them for their service to humanity.Kerry CassidyPROJECT CAMELOT