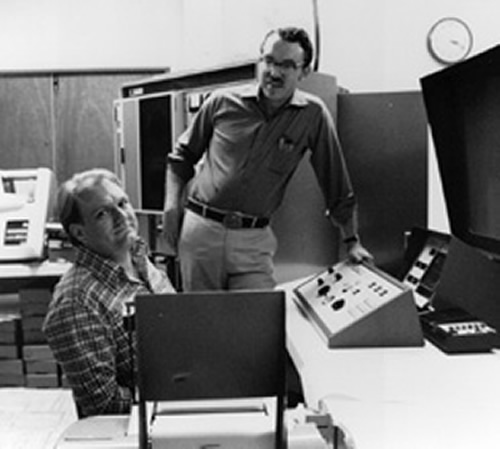 Just to add to the confusion here is one of the links to John Moore’s radio show also announcing Nibiru as “coming soon”… www.youtube.com/watch?v=PUMAuY32Cjc&feature=relmfu

Additional note:  John Moore references Robert Harrington was killed shortly after he announced that the 10th planet was a reality.

Excepted from our Project Camelot interview with Luca Scantamburlo regarding Planet X and the Jesuit Priest who gave secret testimony to journalist Cristoforo Barbato.

BR: Who was Robert Sutton Harrington?

LS: Robert Sutton Harrington was an astronomer involved in the search for Planet X. He wrote several articles about the possible existence of this planet in our solar system. And Zecharia Sitchin is the author of this book, End of Days – Armageddon or Prophesies of the Return, who, in 1990 – August 1990 if I remember well – went to Harrington’s studio at the US Naval Observatory. They talked about the possible presence of another planet, not yet discovered.”

It is worth noting that in my prior post from the NSA whistleblower (see below) he states “The system approaching us coming out of the Kuiper Belt (Nibiru) is part of this equation, but this is manageable. ”   Therefore according to “Z” the Brown Dwarf is in the vicinity of the Kuiper belt… which is not close.  Note also that he says “system” which alludes to the Brown Dwarf (2nd Sun) that Camelot witness, Henry Deacon aka Arthur Neumann told us years ago, is a known fact in the scientific community at this time, which may have planets rotating around it including Nibiru…(see my interview with Andy Lloyd for more on this). Although it is interesting to see that “Z” says it has been “manageable”.. whatever that means…

Update  07/20/12  3AM:  according to one of my trusted sources, [the info below re planet-sized object being close to Earth] is not true… This is a psy-op to distract attention away from the more “earthly” problems that will be coming to the fore in the next few months.

CAUTION URGED:  Here’s a link to a youtube copy of today’s radio program with host Mike Harris, who announced, based on information given to him from a high level source (at the level of General Patreus) in a Foreign Intelligence group, that a “planet sized object” is coming close to the Earth as of August 17th and then moving out of the solar system (after another pass-by?) around September 26th.”

I spoke with Mike Harris tonight who was a member of my Camelot Roundtable on Project Blue Beam.  In answer to a question from the audience regarding a similar piece of information that has apparently been announced by Dr. Bill Deagle last Friday (and today) that he has a source who talked about the same dates.  Mike Harris then came forward on the Ustream and announced that according to his high level source this is indeed true.  In other words, both sources are saying the same thing.

I have invited Mike Harris on my radio show tomorrow night on Revolution Radio.  He is checking with his source and will let me know if he can accept my offer and whether there is any added information he can release.

All Mike said when questioned for further information is that there will be earthquakes and other affects from this passage.  He is urging people to prepare.

IMPORTANT NOTE:  I am seeking verification of this information at this time.  I cannot confirm that it is accurate in any way.  If you have independent verification please get in touch with me kerry@projectcamelot.tv

Be warned that there are often efforts to deceive members of the Alternative Community with bogus information.  This could be such a time.  This may be an effort to discredit Mike Harris and Dr. Bill Deagle and others who automatically take this information for the truth without further investigation.

From a scientific point of view if such an object were “close” to Earth it would seem to be visible as well as making it’s presence known for many months if not years in advance.  From the pov of conventional science this information would be considered untrue and misleading.

It may simply be the PTB doing a market research study to see how the information of such magnitude would travel.  How it would be handled etc.

BE AWARE.  STAY CALM AND WAIT FOR ADDITIONAL VERIFICATION AND DO YOUR OWN RESEARCH.

Update:  according to one of my trusted sources, the above re the planet-sized object being close to Earth, is not true… This is a psy-op to distract attention away from the more “earthly” problems that will be coming to the fore in the next few months.