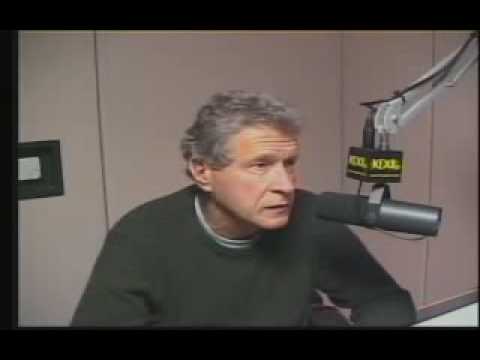 Now this is what I’m talking about… Stepping up and laying it on the line.  Kudos to the White Hats and especially to Paladin for his expertise in this area.

The documents and contract held in Lord James’ hand while he made his speech was, in fact, a REAL, 100% bang to rights, US Treasury and Federal Reserve trading program contract.  This contract (titled “Project Funding Agreement”) was entered into on March 10, 2003 between Yohannes Riyadi and the Federal Reserve Bank (FRB) of New York.  The contract was signed by Mr. Riyadi and Alan Greenspan (as Chairman) and Roger Ferguson (as Vice Chairman) of the FRB. Among the witnesses to attest to the contract were Timothy Geithner and Yusuke Horiguchi for the IMF with Paul O’Neill’s (then Secretary of the Treasury) signature utilized for acknowledgement.

The profit split was designated as 60% to Riyadi as the investor, 20% to the US Federal Reserve, and 20% to Bank of Indonesia.  Since then that fund has been mass compounded into vast Trillions.

Now you know why trading programs are such a well kept secret.

No  sh–t.  Documentation.  The one thing Camelot was told could get us killed.  Because we do only (for the most part) witness testimony we escape that threat.  But the White Hats have it.  Big time.  They have the Trading Program contract with signatures.  Good stuff.

Please keep in mind that “humanitarian programs” referrred to are a BIG COVER OPERATION… See the Confessions of an Economic Hit Man… for more on how whole countries end up being owned and run using this method.

The $15 Trillion fraud was perpetrated by the Federal Reserve through the banking system with a private entity, Pureheart Investments, Ltd., the recipient (further credit) of the funds.  The 15 trillion dollar question is why would the Federal Reserve fraudulently transfer this vast sum of money to a private corporation? A private corporation registered in a foreign country.  And what is so important that the Federal Reserve would perpetrate fraud of this magnitude? What is this money used for?  To further perpetrate this fraud, they created false SWIFT statements for 750,000 metric tons of gold to underpin the asset backing for their bogus SWIFTS to create false money ($15T).

And then they name the Names of some of the perpetrators…

And the elephant in the room… Where is all this money going….

President:   “I don’t understand, where does all this come from? How do you get funding for something like this?”

-From the movie, Independence Day

So now we have the answer to the President’s question in the movie, Independence Day, as to where the funding originates for SECRET PROJECTS like Area 51.  The answer: It is stolen from people like Riyadi, leveraged and traded through programs that are neither regulated nor transparent.  Once it goes behind the screens and off balance sheet, it is then multiplied a hundredfold and funneled to private entities to fund projects like Area 51, Dulce, chemtrails, reverse engineering of alien technology and a whole host of other projects out of public view.

“Do you have your ticket yet?”

The WHITE HATS CALL TO ACTION:

Send our reports to friends, acquaintances, elected politicians and your local media. Documents were provided with reports #37 and #41.  More documents will be forthcoming. Send them far and wide.

The more people we inform, the stronger we will become.

Right on. And I would like to add one more Call to Action… GET THIS INFO TO THE MAINSTREAM MEDIA!!  Make this go VIRAL…

The next question you need to ask yourself is… Where does all the funding of black projects lead?  If they aren’t creating a better world for you and for me?  Dominance of Space.  Taking back Planet Earth?  Kicking out the species such as Greys and their commanders… And who are they?  Nordics with agendas?  Crypto-terrestrials?  Reptilians who work for the dark side?

Meanwhile, while they use free energy to power their vehicles going super luminal while you pay for gas and drive around polluting our precious skies in an antiquated tin can.  Children go hungry every day… And millions die in wars engineered to kill your sons and daughters.

Once you understand the ROGUE CIVILIZATION THEY ARE CREATING around the theme of secret government and secret projects you will realize from their perspective, “YOU ARE THE SHEEP AND WE ARE THE WOLVES.”

They are making choices for the Human Race that impact you and the future of your children and Planet Earth.  Is this what you want?  Have they demonstrated in any way, that they have the right to decide for you what your future will be?