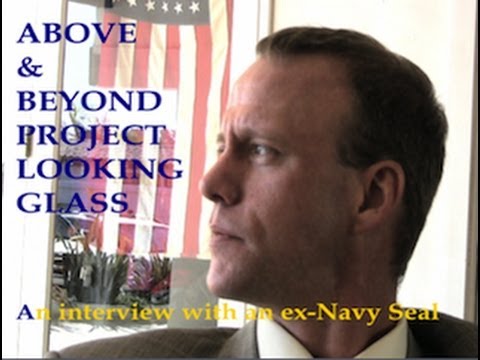 We apologize for any delay in service on the Camelot Forum and elsewhere we are handling the attacks as best we can… Thank you Tommy for hanging in there….

Please support this work… Donate so we can afford to pay a staff and move to better servers!!!

New Release! Today I am releasing my interview with Bill Wood : Above & Beyond Project Looking Glass:

An interview with an ex-Navy Seal who during the years 1992-2000 was sent on top secret bombing missions in the Middle East, predominantly in Iraq. Years after the first Gulf War when we were supposedly not at war with Iraq yet he and Seal Team 9 were targeting Tomahawk Missiles on a monthly basis taking out targets that were increasingly "soft"… involving deaths of hundreds of innocent civilians. Find out how this highly trained young man and his team were coerced by the military into purposely destroying villages and creating future terrorists as part of a plan that would ultimately serve their dark purpose, the war on terror and 911.

And if that weren't enough, hear how he was trained in Area 51 as a specially gifted group of highly classified psy spies to see beyond the famous Looking Glass technology into the future involving 2012 and beyond.

Groundbreaking in every way.

To any fools who believe the disclaimer/insurance policy at the beginning of the Bill Wood video …need to get real and wake up and smell the napalm! He is trying to stay out of jail and alive!!! — and you can quote me — Kerry

This article contains some interesting cross correlations of data that may point to a false flag operation in the making based on an article by former Israeli intelligence officer, Avi Perry originally published in the Jerusalem Post www.jpost.com/Magazine/Opinion/Article.aspx?id=252675

However, Fetzer and Blackeney are positing that another ship will be the actual target. Now whether the exposure in advance of such a plot will work to counter it ever becoming a reality is the real question on the table…

Don't miss James Fetzer on my Whistleblower Radio show Wednesday Night where we will be discussing this and other relevant topics on American Freedom Radio.