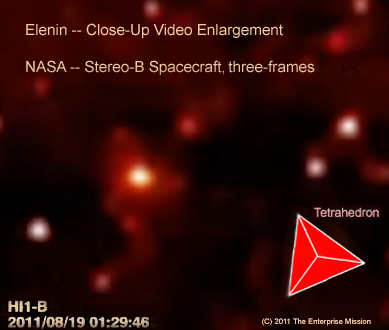 Note: there is a disinfo campaign going on to spread the word that Elenin is disintegrating… this is not true!!!

“Stereo-B is one of two unmanned spacecraft NASA launched several years ago to study solar phenomenon; it is currently trailing about 90 degrees BEHIND the Earth … just outside the Earth’s solar orbit. Its companion spacecraft, Stereo-A, is about 90 degrees AHEAD of the Earth, slightly inside its orbit.

Elenin itself was at the orbit of Venus, and visually passing close to the Sun as seen from the vantage point of Stereo-B, when these images were taken.

This close (physically) to the Sun, Elenin is already strongly interacting with the “solar wind” — the very low-density stream of highly-charged particles (mostly protons and electrons — “solar plasma”), ejected at immense speed from the Sun’s surface (and seen during total solar eclipses as “the solar corona”). The solar wind usually blows outward through the solar system at an average speed of ~500 miles per second!

Occassional CMEs (coronal mass ejections) can dramatically enhance the local density and speed of the solar wind, which can then interact with comets in very visible and spectacular ways … usually greatly distorting their normally-straight “ion tails” (created by gases evaporating off the comet) into vivid “kinks” … “corkscrews” … and even “90-degree bends.”

The attached NASA images reveals what happened to Elenin as a sudden CME interacted with it, just a few days ago.

It shows that AROUND the actual “nucleus” of Elenin suddenly appeared a stunning GEOMETRIC shape … created by some kind of “force field.” This field, interacting with the stream of charged protons and electrons in the CME, made this Elenin “field” suddenly, strikingly visible–

As an unmistakable, 3-D TETRAHEDRON!

This precise geometric shape is total confirmation of, and entirely consistent with, all the “19.5’s” I’ve been analyzing over the past several months … re Elenin’s ~13,000-year orbital trajectory into the inner solar system!

The sudden visibility of this immense “geometric structure” (which is obviously NOT a “physical object,” but only a “geometric field of force … over 300,000 miles across (!) … seen strongly interacting with the highly charged solar wind”) is only possible because Elenin is VERY close to the Sun itself now, where the density of the solar wind is high enough to make this “structure” briefly visible, especially during the density enhancement of a CME ….

Needless to say, such a “tetrahedral force field,” coupled with Elenin’s “tetrahedrally-defined” orbital parameters, removes ALL remaining scientific doubt that Elenin is NOT “natural” — but is, in fact, an Artificial Object (some kind of “ship”)–

Sent into the inner solar system ~13,000 years ago (our model) … on some kind of “directed interplanetary Mission.”

It is, as Arthur C. Clarke wrote so many years ago, “something Wonderful ….” possibly (as I said on “Coast” the last time I was on …) some kind of “ark” or “time capsule” … sent to us at this crucially-important time to give us the means to (literally) “save the Earth.”

Obviously, this latest discovery increases the urgency to get as many “hams and radio astronomers as possible” involved, to see if there are actual radio (or laser) TRANSMISSIONS currently coming from this object!

The future is about to get VERY, VERY interesting in the next few days and weeks …. 🙂

Here (below) is the direct link to the NASA Stereo-B Elenin video footage, posted on Leonid Elenin’s official website.” 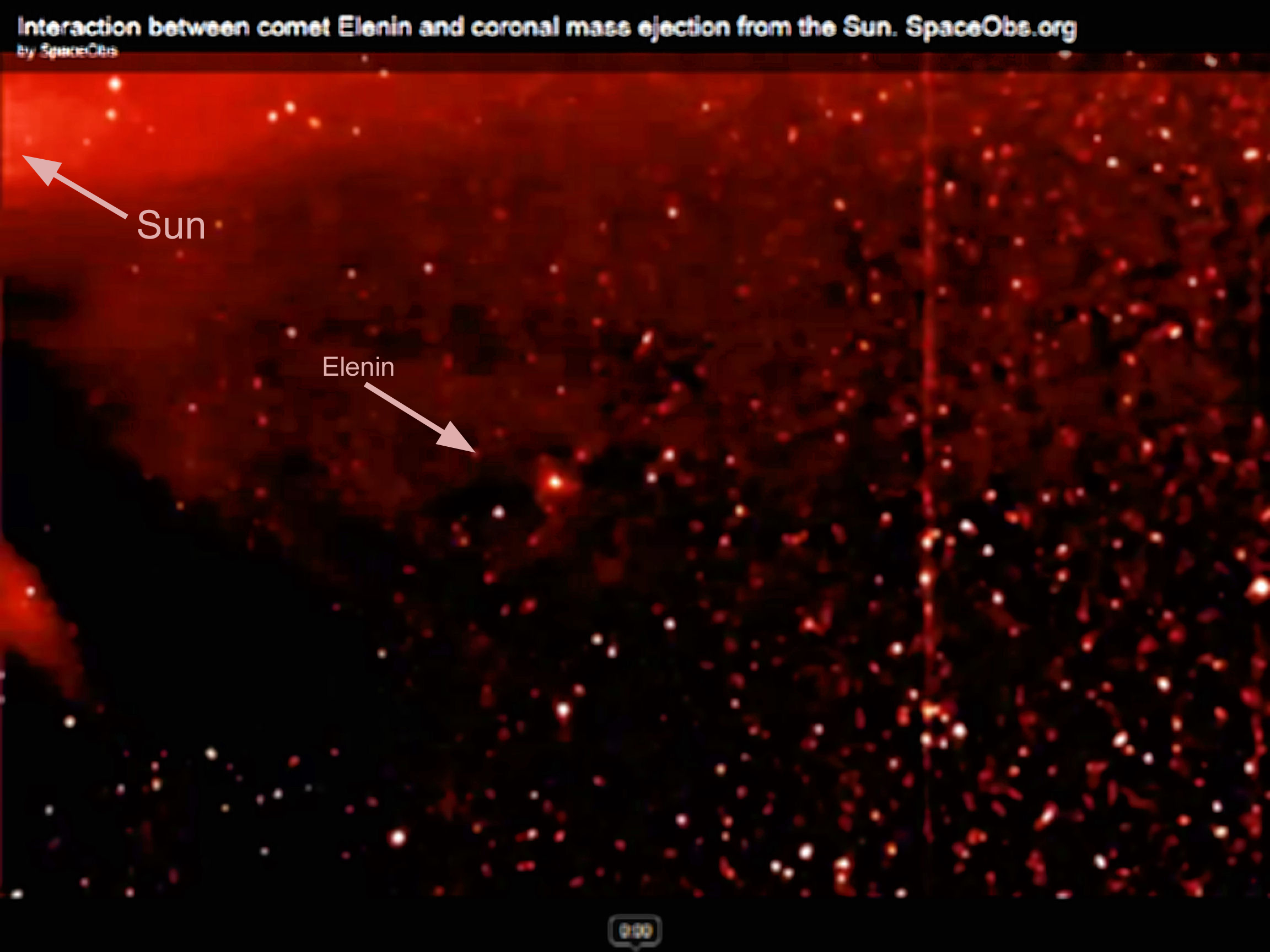 I have sent several messages to Dutch trying to reschedule our Livestream update.. No word. If anyone has contact with him please have him contact me on skype or email. Thanks! kerry@projectcamelot.org (he has my skype name)

For the record I believe this was a weather war manpulated hurricane put in place to give practice to teams on the East Coast for something larger more likely an earthquake or blue beam event.

Good Overview of Strange Aspect to the Virgina Quake

Libya: US to Recoup Libyan Oil From China

Whereas, this article has certainly got some truth in it.. these are people who do not know the larger picture and the larger context of what is going on here on the planet. So something is missing from this analysis… In the end it’s not about oil. Every article every political analysis that neglects the off-world contingent and the worldwide context is missing the point. The playing field is larger and the focus is skewed.

According to a source, views of the red planet/brown dwarf are now visible using infrared and aiming in the direction of Mercury.

Funds needed to provide Flights for important Camelot whistleblowers to attend the Awake & Aware conference… anyone interested in making this possible contact kerry@projectcamelotportal.com

All info in this regard will by necessity be confidential. If you are a Camelot supporter this will be a meeting of the minds you will not want to miss.

Tickets on sale for the 3 day event for the low price of $150. On September 1st the tickets go up to $200. ALL CAMELOT WITNESSES AND WHISTLEBLOWERS GET IN FREE.