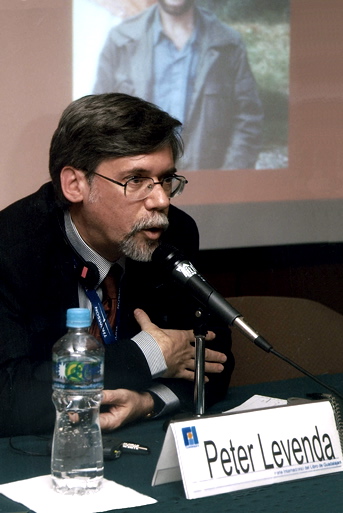 Peter Levenda came to our notice as the author of the powerful, compelling, and well-researched Sinister Forces. This trilogy explores the unsavory links between the Nazis, the occult, mind control and modern American politics, and asks deep and uncomfortable questions about what forces underlie and may control global events.

Peter Levenda was researching the Nazi connection to American politics and secret societies as early as the Nixon administration, and he summarized his findings in a highly regarded book called Unholy Alliance. Currently, Jim Marrs, Richard Hoagland and Joseph Farrell are among those also involved in researching these same dark forces that surfaced in our everyday lives during the administration of George W. Bush, and which remain as an important question for the direction of this country with the newly elected Barack Obama.

We feel fortunate to have stumbled upon Peter Levenda’s impeccable research, which connects the dots between the agenda of the Illuminati, the Nazi influence within black projects and the US government, and the role of the occult and mind control in what is becoming the new world we are living in where the very foundation of freedom is being attacked and curtailed, threatening our humanity at every juncture.