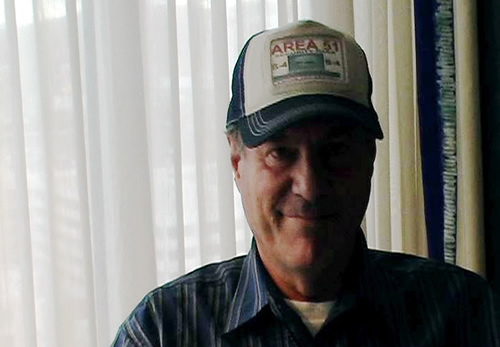 Bill Hamilton is a fascinating personality. I have seen him around the UFO/exopolitics arena, at conferences and online, for the past two years that I've been actively involved in the field. I was curious about his past and, as it turns out, his past is something of a chronicle of the UFO field coming of age.

When I ran into him at the Laughlin conference this year, I got a chance to talk with him at length. This interview is the result. In it he reveals his own encounters with alien beings who walk among us, a phenomenal ability to 'call down their craft' and the meandering pathways of his own investigations into the unknown and the personalities of this intangible field we now call exopolitics.

According to Bill Hamilton, Dan Burisch has been given until the end of 2006 to get his message out to the public. In this must-see interview, Bill reveals crucial background information about Dan Burisch and the background of his statements.

Click here for a transcript of the video interview.