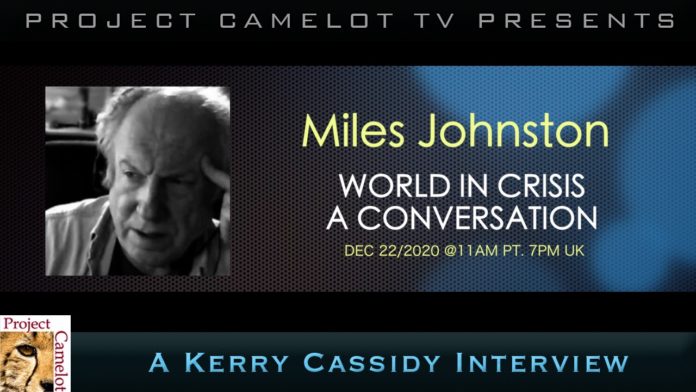 I talk with Miles Johnston, former BBC engineer and investigator of the paranormal, super soldiers, aliens and the secret space programs.

The Bases Project is derived from the early pioneering Irish UFO Research Centre, created by Miles Johnston, John Hind and Danny Wilson in the 1970s, publisher of The Irish UFO News.

In the late 70s Miles focused his work on the sudden explosion of Irish free radio in 1977.

The record of this is left for media and social scientific researchers in The Irish Era (of pirate radio). Initially distributed to those in the industry on VHS, now available via undergroundvideouk.com.

Shortly after Mary Seal’s 1993 Global Deception Conference in London, word from Barry King and Lisa Williams came to Miles Johnston of a secret underground base in Peasemore, Berkshire, where Programmable Generated Life Forms, were being produced. The recording of this researcher’s interview became British Bases, and the Bases Project was born.

This has evolved into researching the most alarming population management project and continues as and where the leads send us.

The conclusion is that Humanity and all life on earth are in extreme danger from a predator species which masks its presence in human form and is set to destroy ALL life if the wider public and suitable resources are engaged. In John Urwin’s words, “we shall never get back”, in reference to the human life and death cycle, or reincarnation.

We only have about 3 generations left to solve this crisis.

To learn more about Miles Johnston check out this recent audio interview.