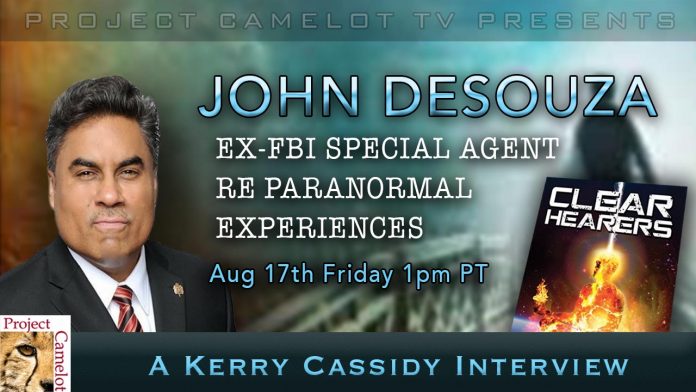 My guest is FORMER FBI special agent regarding paranormal and ET visitation.  He will talk about his new book CLEAR-HEARERS. About clairaudience – psychic hearing, telepathy and listening to your inner voice.   FRIDAY, AUGUST 17, 2018 @ 1PM PT

John DeSouza has investigated and collected experiences on paranormal topics for two decades. He was an FBI Special Agent who maintained a Top Secret security clearance for over 25 years. He worked in counter-terrorism and violent crime cases. And also during that time, he collected what he calls “The Real Life X-FILES.”