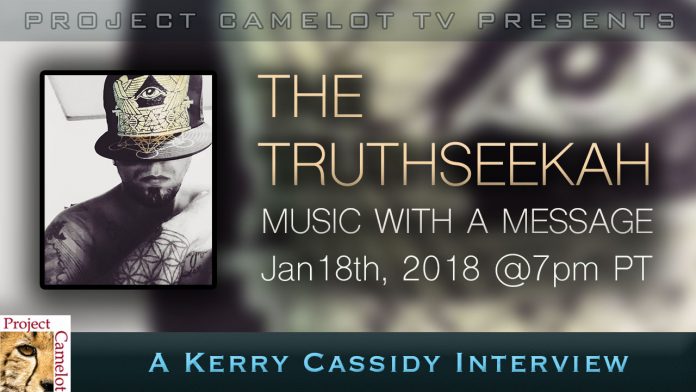 Thursday night Jan 18th @ 7pm PT my guest is Truthseekah.  We will be talking about the music business and his research and influences on his music. (see links below)

TruthSeekah is a Hip Hop artist whose knowledge about esoteric and spiritual subjects are infused throughout the medium of music and lyricism. In his music, TruthSeekah pioneers a new sound with rhythmic, mystic Hip Hop beats. His music is the embodiment of his own spiritual encounters and supernatural experiences. TruthSeekah has been influenced by the work of Manly P Hall and has been inspired by greats like Jordan Maxwell, Santos Bonacci and Michael Tsarion, who have also endorsed his music. The influence he has experienced from these spiritual and esoteric authorities and many others is apparent throughout the lyrics, as well as the meanings of signs and symbols. TruthSeekah’s message is of Light, Love and Overstanding.” — Truthseekah

Flight of the Navigator
youtu.be/2zMksDCok_0