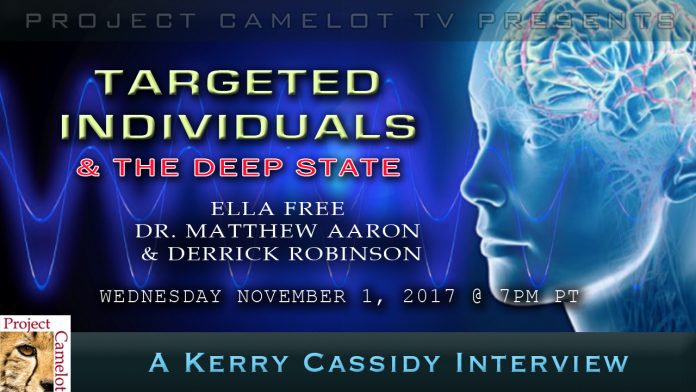 We will be doing a roundtable discussion about how the deep state and secret government target individuals with scaler, electronics and other threatening surveillance tactics.

Links and bio(s) below.

Dr. Matthew Aaron:
Dr. Matthew Aaron holds a Master of Science degree in Environmental Toxicology from Virginia Tech and a Ph.D. in Neurobiology and Behavior from Cornell University. He was a recipient of the prestigious Fulbright Fellowship and Rotary Ambassadorial Scholarship. His research has been funded by the National Institutes of Health and the National Science Foundation, and he has authored 34 peer-reviewed research papers in top science journals. Matthew became a targeted individual in 2013 and became extremely active in the community in 2016 after appearing on the Ella Free show, gathering evidence, speaking out in a multitude of ways and speaking as a presenter at the first annual Unity & Hope Conference for targeted individuals.
You can view his video presentations here:
YouTube: www.youtube.com/channel/UCQlNqeK38khSOUMdsQkfDGw
Ella Free:
Ella Free has a background in advertisement, promotions, and media in various forms and capacities.  She became a targeted individual in 2003 and became a passionate activist in 2016 after realizing she was more than a victim of male, predatory stalking. She is a podcast host for the Ella Free Show, a podcast for targeted individuals.  She is also the host of a radio show called, “Whistleblower Nation” on Revolution Radio, that celebrates whistleblowers giving a platform for the courageous people who speak out against injustices.
You can hear her podcasts here:
www.youtube.com/channel/UC9-Mn8xGQpTpuY-6kGQByLg
You can join her online radio show every Friday at 6 pm EST/ 3 pm PST by clicking on this link:
freedomslips.com/studioa.htm or calling 712.432.6958
Matthew & Ella are the coordinators and founders of Freedom for Targeted Individuals:
www.freedomfortargetedindividuals.org
Ella Free
Coordinator, Media Outreach & Podcast Host
www.freedomfortargetedindividuals.org