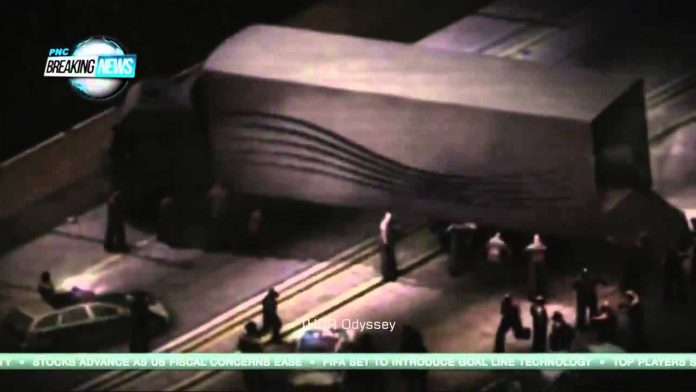 In this breaking news story you can clearly see a beam of light LIFE A SEMI TRUCK off the highway and drop it back down.

The reporter states the cargo was then found missing.  What he should be asking is what was in that cargo that required such drastic and demonstrable means to remove it in public view?  A show of new technology or an intervention by an off world race who didn’t like the cargo and did not want it to reach its destination or on the other hand may have wanted it for some reason.

If true and authentic as it appears to be this is an amazing capture of this incident.