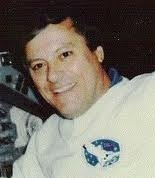 Clark McClelland is a bona-fide expert in the field of UFO specialists.  He began his investigations of this strange phenomenon in 1947.  His 60 plus years of study in the field of ufology puts him in a unique class of educators and investigators.

On several occasions, he was requested by students and faculty to bring his unique topic to their campus as an elective course, although his work at Kennedy Space Center at the time overruled his acceptance.