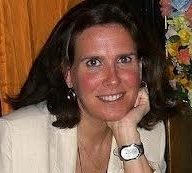 Note:  to listen/download the September 26, 2012 show with Gwenyth…Click here

From the bio posted by Kevin Barett:

"…Gwenyth is the highest-level former US government operative I’ve yet interviewed. A White House Middle East policy adviser under Clinton, she was personally recruited by Richard “Prince of Darkness” Perle to become the Bush Administration’s geo-strategic adviser to the Admiral(s) running America’s crucial 5th Fleet in Bahrain. Unbeknownst to Perle – who thought she was a loyal neocon –

Gwenyth agreed with the first Admirals she worked with to undermine neocon plans to arrange a war-trigger incident vs. Iran. When the neocons replaced the loyal admirals with potentially treasonous ones, and set up a false-flag operation to trigger a 2007 war on Iran, Gwenyth violated direct orders by alerting loyal officials in the State Department, stopping the false-flag warmongers in their tracks and possibly saving the lives of hundreds of US sailors. In retribution, she was targeted for legal and extra-legal harassment, and had to flee for her life to Australia, where the harassment continues. (She was prevented from recording this show for several hours by apparent telephone and internet jamming – and the moment she suggested that Richard Clarke is a prime 9/11 suspect, our connection was cut!)."  — quoted from the Kevin Barrett Show bio on Gwenyth Todd

GWYNETH TODD’S OFFICIAL BIO AS QUOTED BY THE WASHINGTON POST:

Gwyneth Todd was from a long line of American diplomats, bankers, spies and scholars going back to Revolutionary times.

Her first 17 years had been spent following her father, Kenneth Thompson, a career diplomat, and mother, Eve Tyler, granddaughter of a renowned art collector, through embassies in Malta, Turkey, West Africa, England and Spain.

Summers were spent at the family chateau in France, where the bloodline led back to Napoleon.

But Washington was home. Her maternal grandfather, William Royall Tyler, had been an assistant secretary of state in the Kennedy administration and director of Dumbarton Oaks, the estate and center for Byzantine and pre-Columbian art studies.

The estate’s original owners, Robert and Mildred Bliss, were intimate friends of her family. “When we weren’t overseas, I spent much of my time as a child playing in the gardens,” Todd said during one of several interviews in the past year.

She graduated Phi Beta Kappa in Near and Middle Eastern studies from the University of California at Berkeley, then earned a master’s in Arabic and international affairs in 1990 at Georgetown University.