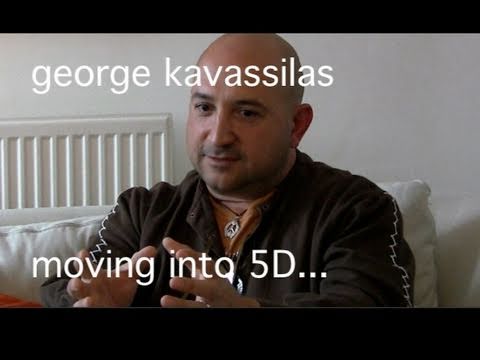 While visiting Glastonbury in March, I ran into George Kavassilas on the street, as luck would have it. George was in town for a speaking engagement later in the week and I had just done a speaking engagement and was attending Megalithomania doing interviews. We had the time to have an extensive conversation about current events, the move through 4D into 5 and how that is affecting the way we experience the world.

George is a contactee with a vast experience in and out of body, exploring other realms and reporting back. He is a mover and shaker in the world of consciousness exploration and is not shy about voicing his views on just about any subject. Unconventional and fearless, he is an inspiration to contactees the world over. Along the way, he's gained insight and an inner knowing that shines through and makes listening and talking with him a delight.