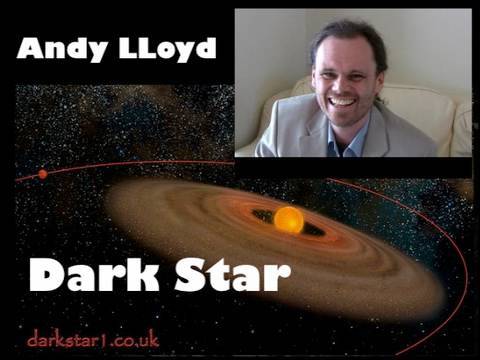 We visited Andy Lloyd in North England in the middle of a very cold and stormy winter day. He and his wife warmly welcomed us into their home for a hot lunch and then we sat down and talked about his theories on the 2nd sun, or Brown Dwarf that he has been researching for over 10 years. As it happens, his theories are just now gaining support. There was even a recent newspaper article in the SUN about the possibility. Here is an excerpt from his email:

I’m glad you’re enjoying the book! Yes, I saw the article in the Sun, which has a circulation of about 7 million. That’s a lot of Brits finding out about this possibility for the first time. I looked at the article on their website and the comment board attached to the article had a lot of discussion about 2012, so I imagine that most readers thought that there might be an imminent threat from comet showers sent our way by the ‘Death Star’ Nemesis. Either way, the article shows just how seriously this subject is now taken in the astronomical community. It also follows on nicely from some of the material we discussed in our interview.

I think the Sun picked up the story from the following excellent science article published the day before:

In this article, various brown dwarf theories are described – from a red dwarf Nemesis body about half a light year away, to a multiple-Jupiter-mass object in the Oort Cloud. Personally, I believe it is nearer than the comet could, as we discussed. The expectation is that if such a body exists, then WISE will find it.

He went on to say:

“I‘m hopeful that it will be found in the constellation of Sagittarius. But this is one of the densest areas of background stars in the sky, due to the Milky Way, so the hunt will be that much more difficult in this area.

Whereas, coming from the investigations of Camelot I think it is highly likely that even if WISE finds something, I doubt we will hear about it until it’s too late. And I also think it’s very possible if not certain that the secret space program has full knowledge of not only the location but the path the Dark Star and it’s accompanying planets are taking.

In fact, Henry Deacon aka Arthur Neumann mentioned the 2nd Sun to us several years ago now when we first made contact with him. He said it was “common knowledge” within the halls of the various alphabet agencies–albeit at a certain level of secrecy.

Meanwhile, Andy has now put his knowledge and insights to work creating very readable fiction that I have to say, after reading his first book, “Ezekiel One”, comes very close to a very possible truth in ways some may find too close for comfort. And yes, he has had some “interest from Hollywood” already and he is just now about to publish his second book in the proposed trilogy, called “The Followers of Horus”. Needless to say, I hope to be among the first in line to read it once it is released.