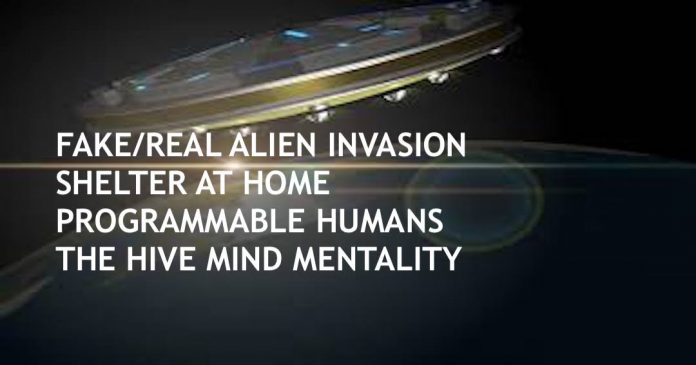 Key:  Could this be part of the real PLAN Trump and team are rolling out? If it isn’t, it should be! This has to do with breaking up the human “field” and not allowing it to be taken over by the Greys for mass mind control. if you plan to battle the Greys you would have to disable their tools of control.
SHELTER AT HOME PART OF SET UP TO FAKE/REAL ALIEN INVASION SCENARIO?
I am working on an idea that the Fake/real alien invasion is actually a battle to oust the Grey aliens from our planet… This may explain why they want people sequestered in their houses under the fake/real contagion of CV… this relates to the Whitley Streiber book THE GRAYS… That story has to do with how programmed humans under command of the Grays…(what I would say are chemtrailed-EMBEDDED WITH NANO DUST (borg-controlled) and how they can be used as a mob by the Greys to turn into an alien controlled human Army and be directed like zombies to attack anything and anyone… IN mass. Few can rise above their programming. Witness the mobs of people headed for the border in PART 3 OF THE FALL CABAL 10 VIDEOS…THEY ARE PROGRAMMED…
ARE THESE PEOPLE PROGRAMMED? 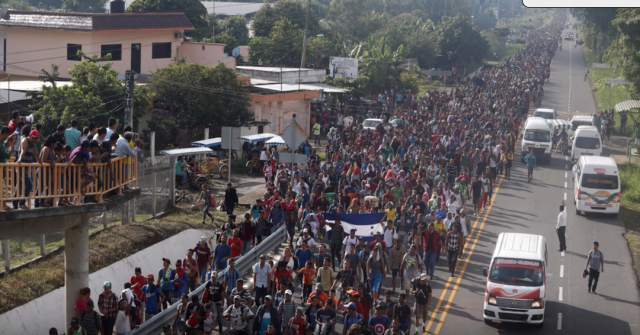 Link to novel THE GRAYS. www.amazon.com/dp/B003EINNZE/ref=dp-kindle-redirect?_encoding=UTF8&btkr=1
Could this be part of the real PLAN Trump and team are rolling out? This has to do with breaking up the human “field” and not allowing it to be taken over by the Grays for mass mind control. if you plan to battle the Greys you would have to disable their tools of control.
The CIA are said to be run by One ET …actually not a Grey but from a race of larger aliens that are referred to in the Nag Hammadi scrolls as “Archons”….looks like they control the negative Greys…The CIA or at least half of it are part of the ‘machine’… and under control of this group. Part of the reason JFK wanted to dismantle that agency….
This leads back to September of 2019 when I spoke at the Yelm Washington UFO conference along with Marine/Supersoldier Randy Cramer.  At that time, Cramer spoke about a planned Fake Alien invasion aka Project Blue Beam which the military were planning  to kick-off anytime in the next 3 years.  This was not a joke but a very real plan.  What he also said is there would be collateral damage and up to 1 million people would die.  He also admitted that the intervention of real aliens and eventual disclosure would be part of that scenario.
THE WALL – IMPLEMENTATION AND REVERSE ENGINEERING OF 5G TO “DEVELOP A SET OF PROTECTIONS” AGAINST “ALL KNOWN WEAPONS” AND “ARMIES FROM ALL DIMENSIONS” 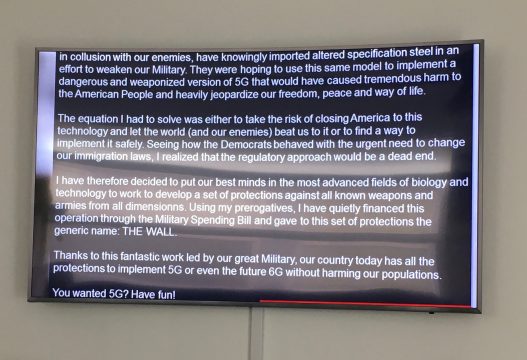 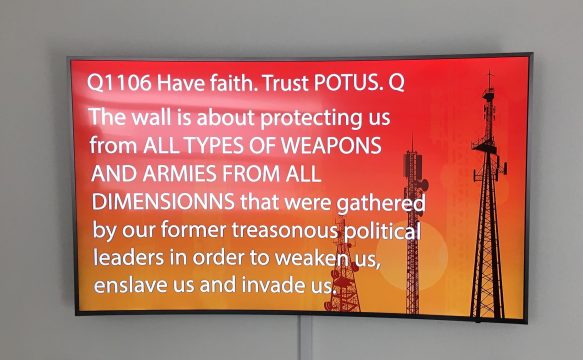