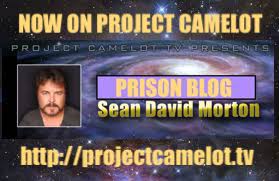 I never get any responses from anyone when I send them emails as I know how impossible this prison CORRILINKS email system is to work and get into and answer.

About a month ago, I did a blood test that showed massively elevated white blood cell count in my blood. Then a huge lump appeared on the lymph node on the left side of my neck. This of course was immediately mis-diagnosed by the “crack” medical staff at this hellhole I have been condemned to, who gave me the wrong anti-biotics.

This infection spread up into my inner ear which caused a none stop sensation of vertigo, so couldn’t even walk or stand up without vomiting and feeling sea-sick all the time, like being trapped below decks on a ship in a storm.

Finally they packed me up and took me to the hospital, where they did a CAT SCAN and found I have an abcess infection in my back left molar that caused the lymph swelling…so they gave me a shot of super Anti-biotics, and I finally got the proper pills for what was wrong with me.

But it also meant all I have been able to do is suffer and sleep for the last 2 weeks…and I couldn’t not even make it to SEE the doctor as we are forced to walk about half a mile up 2 hills…IN THE RECENT SNOW…in order to even get to the building that it is in. You should GoogleEarth this place to see how horrible it is….

Meanwhile, my Motion for Compassionate Release will, hopefully, be put back on the docket. Even without that under Trump’s new FIRST STEP ACT I should have been released LAST OCTOBER! My APPEAL is STILL PENDING with the 9th CIRCUIT COURT,and after numerous F.O.I.A. requests we can now prove that the FEDS falsified evidence lied over and over again to do what they did to us! They needed another scalp for their lodge poll, and I was just one of the some dozen leaders in the TRUTH MOVEMENT that were helping TRUMP and exposing the DOJ for the criminals they truly are…as you have seen in the papers now day after day.

So finally with proper meds and SLEEP I am feeling like less of a zombie and almost semi-human! (a good meal of BRIANS will do that for you! haha!)

So happy VALENTINE’S DAY to all of you…a day devoted to LOVE ABOVE ALL, and just thank you,if you even get this, for being my family and friends.