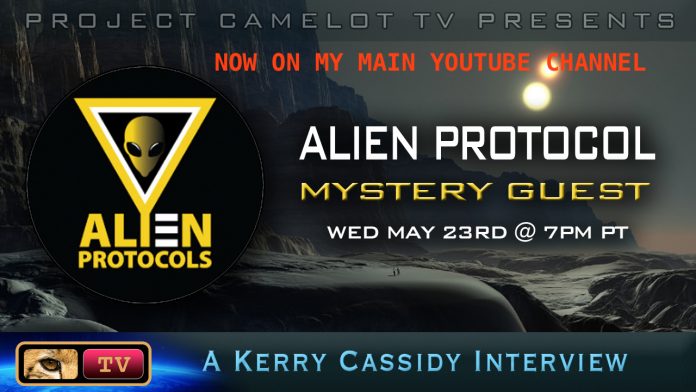 Contactee is creating Protocols and plans to get a group together to meet ET in daylight and film them.   He revealed his face on this interview.  His team consultants include famous physicist, Jack Sarfatti and the deep black physicist, Hal Puthoff….

PERSONAL BIO – provided by my guest
He is an experiencer…and founder of the YouTube channel ALIEN PROTOCOLS.
He is one of the leaders of the Advanced Protocols Project, a “grassroots People’s Disclosure” effort…He helped develop the ADVANCED protocols ( which is a way to bring distant CE5 encounters MUCH closer ) He has many top insider friends from Dr Sarfatti to Dan Smith…his goal is to have The Visitors  allow themselves to be captured on live stream & the best video footage on multiple cameras and the best data of The Visitors,…..in hopes that the reality of extraterrestrial life will send shockwaves through humanity and  help to initiate a new age of enlightenment.