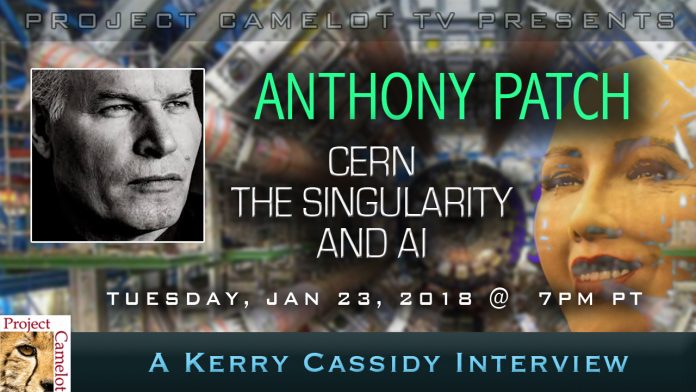 Anthony Patch, since 1969 is a Christian Believer, and a published Author, Researcher and Speaker. He is best known for his extensive, leading-edge and revelatory research focused upon the experimentation underway in Geneva, Switzerland with the Large Hadron Collider, part of the CERN organization.

Following a 27-year career as a Paramedic out of Oakland, California, Anthony embarked upon over 20 years of research into Quantum Physics, Quantum Computing & Artificial Intelligence, and DNA modification.

Since publishing his first book, Covert Catastrophe in 2013, followed in 2014 by 2048: Diamonds in the Rough, and in 2016 non-Fiction, Revising Reality; Anthony has appeared on numerous radio programs, including Ground Zero Radio with Clyde Lewis, and John B. Wells on Caravan to Midnight.

He is host of The Anthony Patch Show heard daily since mid-2016 on Truth Frequency Radio.  Anthony is the Founder and Editor of Entangled Magazine, published monthly since June, 2017.  (see below for more…)

Recently, he produced and co-hosted the following conferences:

Divergence: The Fullness of the Gentiles, with Kathleen M. Urquhart and author Gary Wayne.