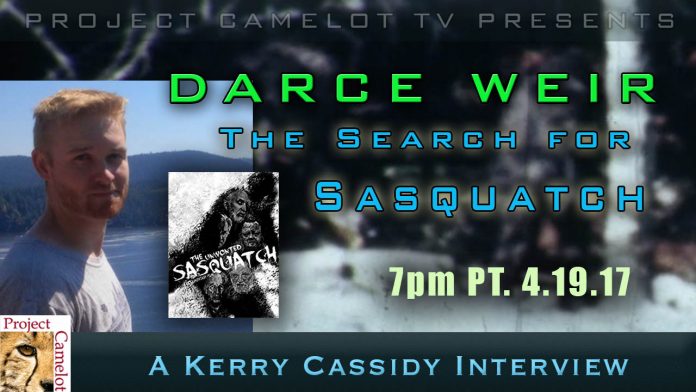 Tonight (Wednesday) I will talk with Darce Weir, Sasquatch/Yeti/Bigfoot investigator who has a new fascinating documentary out now see link below for his film.

About Darce:
Darcy has been supporting fringe element theories for over 5 years now ranging subjects from UFOs to government secrecy. He started back in 2011 by creating a documentary about Phil Schneider and underground bases, which will be re-released this year with added content. Since then he has pursued a story about British Columbia Canada’s history with Sasquatch, otherwise known as Bigfoot. This documentary covers the anatomy, evidence and scientific facts about this creature existing like never before. With interviews from the great Dr. Jeff Meldrum and Grover Krantz, to living researchers today who have tracked and studied many eye witness accounts that have happened recently.
Darcy will continue to make documentaries about subjects that seem to be shunned by main stream society and approach them with a credible factual re-telling. available now on Amazon:  THE UNWONTED SASQUATCH

You can watch trailer here:  www.youtube.com/watch?v=Hcr2QU2SbLw