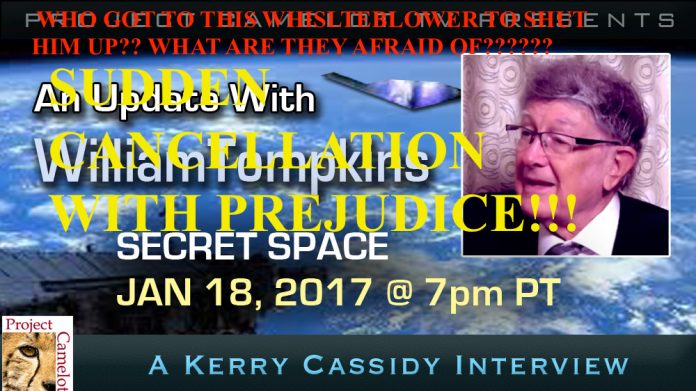 UPDATE AS OF WEDNESDAY 1PM PT:  THIS SHOW HAS BEEN CANCELLED SUDDENLY BY WILLIAM TOMPKINS WITH NO REASON GIVEN.  I HAVE NOW BEEN TOLD HE WILL NO LONGER TAKE MY CALLS AND WHEN I TRIED CALLING TO SPEAK TO HIM HE HUNG UP ON ME!!  WHO GOT TO THIS WHISTLEBLOWER???  WHAT ARE THEY AFRAID OF?

KERRY SPEAKS OUT RE SUDDEN CANCELLATION BY TOMPKINS!

THIS PREVIOUS SHOW IS NOW CANCELLED:

I will be talking with premiere disclosure witness, William Tompkins, aerospace engineer and author of SELECTED BY EXTRATERRESTRIALS all about the Nordic and Reptilian involvement in building the secret space program, the nature of the predatory reptilian species, the roots of pedophilia and satanic rituals, the quiet coup and the people taking back their power in the U.S.

GET HIS BOOK HERE!  SUPPORT THIS MAN AND DISCLOSURE NOW! 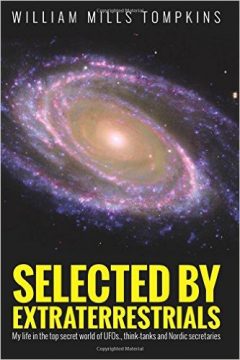