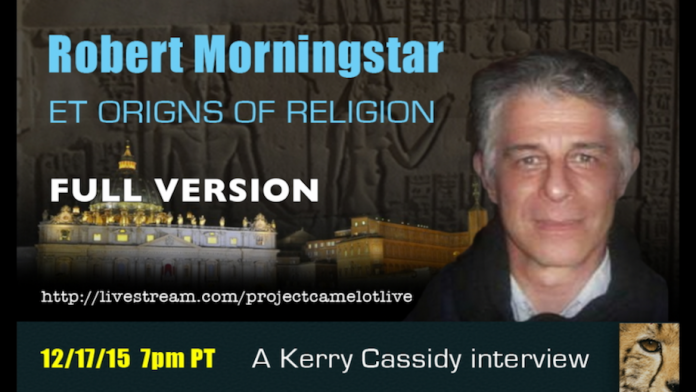 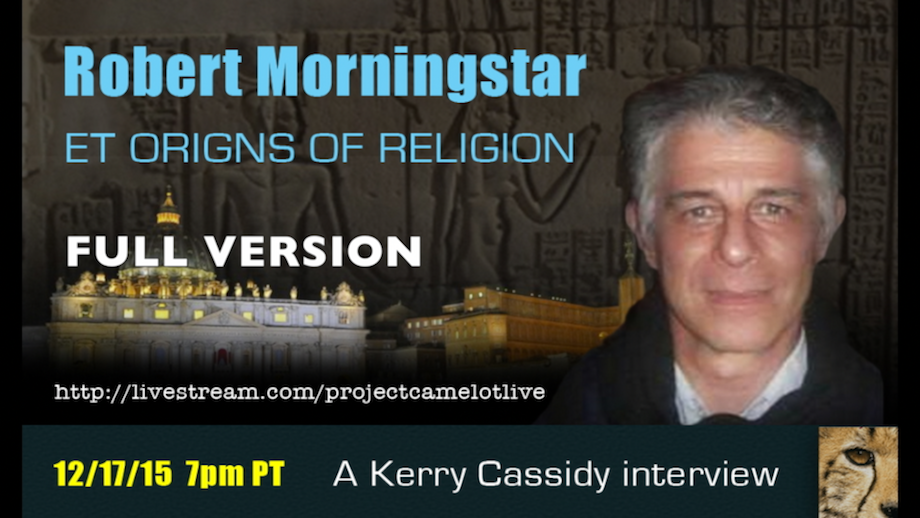 I interview Robert Morningstar about the ET origins of religion. There are a number of sound drop offs when either of us are speaking toward the end and sporadically and significantly cutting my sound out at key moments. This is clearly a subject “they” are very concerned about and monitoring closely. They being NSA, CIA, the Vatican? All of the above.

What I am saying is that targeting Islam and the Qu’ran is not appropriate because the fundamentalist Christians and the Bible are just as guilty of inciting racial and religious hatred… Pitting the God of the Bible against the God of the Qu’ran is ludicrious as they are the same “God” and basically the Anunnaki posing as God in most cases.  Other places referencing “God” may be referencing the “Creator” but then that would be the Creator of all.  In most cases where you have a vindictive “God” a self-serving “God” or deceptive nefarious “God” you are talking about the Anunnaki posing as “God”.
All religions have seeds of truth as well as have been taken offline and crafted to enslave and deceive humanity for ends to serve those in power.

At least some of the time that I am being cut off I am cautioning Robert that if he wants to single out the problems with so-called Allah then he must do the same with regard to the so-called “God” of the Christian Bible.  They are both referencing the Anunnaki posing as God as revealed in the Sumarian tablets and the true history of humanity.  The Bible was a composite book put together by men with an agenda that involved control over humanity.

If one is citing which is more violent the Bible or the Qu’ran there are several studies on the internet on this topic.  Here is a link to one:
www.npr.org/templates/story/story.php?storyId=124494788

The bottomline is both texts incite violence in certain contexts.

Biography:Robert D. Morningstar is a civilian intelligence analyst and psychotherapist in New York City. He received a degree in psychology from Fordham University. An expert in Chinese language, history, martial arts and is a FAA-licensed pilot and Instrument Ground Instructor with 23 years of flying experience. Robert has studied the paranormal and UFOs for over 40 years and has published many research articles on the Internet, exposing government cover-up and deception in the JFK Assassination and his work is cited in major books on the assassination, notably in Paris Flammonde’s “The Assassination of America” and “Conspiracy Science” by Prof. James Fetzer. He has also written extensively to expose NASA’s use of ‘Disinformation Technology’ in suppressing evidence of extraterrestrial life and exposing the real nature and threat of the UFO phenomenon. He is currently the Associate Editor of UFO DigestWebsite:ufodigest.com