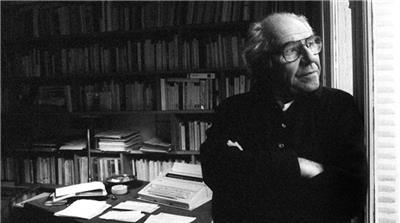 The Magicians are controlling the media and through a sort of sleight of hand, getting the world to look in one direction, and one direction only.  Taking the multi-dimensional nature of reality and forcing into a 1 dimensional frame… While of course they are carrying on other nefarious acts under the cover while the world is distracted.

It also refers to the use of a meme or creation of memes… a sort of mass mind control over what you see what you hear and what you are told to think.

What takes on sharp relief is those who do not buy into the farce they are being shown and told to believe.  Those of us who “see differently” or who “think different” (as the famous Apple advertising line says) become outcasts and can be easily tracked and monitored.

Along those lines, it was sad to see how limited the recent movie was on Steve Jobs.  The one called Steve Jobs in 2015.  After reading the book “Becoming Steve Jobs” one can easily see (if you weren’t already familiar with the history) how stilted and one dimensional that film is… actually mischaracterizing Jobs to such an extent that it borders on character assassination.  You have to wonder at the drive to do so being perhaps orchestrated from behind the scenes.  After reading the book I believe there is evidence that Jobs was being killed systematically.  Even now he is considered a threat to the powers-that-be… hence the recent movie.

Think different.  Indeed.  Why don’t we all just do that?

This leads me to a very interesting key remark made by Captain Mark Richards, who was framed as being a supposed “mastermind” behind a murder committed by others.. in prison now for over 30 years originally a Captain in Space Command, the secret space program.  We spoke about the plot around the death of Kennedy, the recent book called “The Devil’s Chessboard” by David Talbot and Alan Dulles who Mark knew.  Mark said that whereas the Dulles brothers where perhaps instrumental in the Kennedy death they were not at the highest level.  He also said that Kennedy was on his way, that day, in Dallas to blow the lid off the ET visitation and that the CIA was poised to roll-out an MK Ultra mind control program in mass over college students across the U.S. as well as exposing the planned takedown of black communities with increased access to hard drugs…

Consider the article above and the point of view of the French philosopher, Jean Baudrillard and where we are today… This is exactly what is happening in our world.  A mass mind control experiment that takes in not just a country or community, but the whole world.