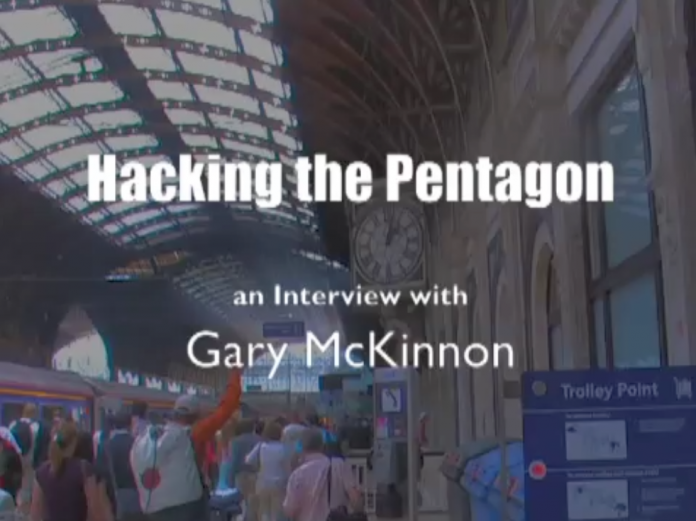 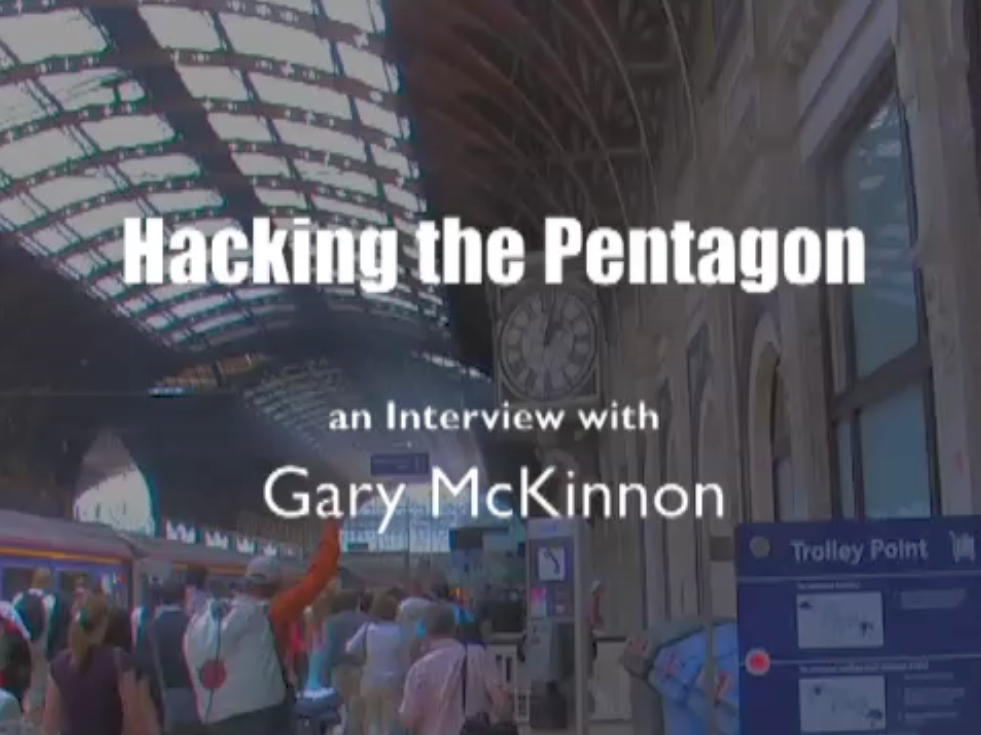 I caught up with Gary McKinnon in North London on my way back from safari in Kenya. The interview was shot using a hand-held camcorder and uploaded at 4 am UK time, making use of a wireless connection outside of an office building in downtown Birmingham. This is what is known as guerilla filmmaking…

We sat in the back of his local pub, in a garden in the late afternoon. Gary is lucid, eloquent and extremely intelligent. He made it clear that the real reason the Americans want to extradite him is not for any damage he has done, for in fact there wasn’t any. They are pursuing him is because of what he might have seen. Specifically, documents revealing a list of “Non-terrestrial officers” and off-world cargo operations somewhere out in space, (fleet-to-fleet transfers) hinting at the real possibility of military activities taking place in relation to other planets.

Such a possibility has got to be mind-blowing to the average person who barely grasps that there might actually be aliens from other worlds interacting with earth and governments in the vicinity of our solar system. Key to the whole extradition matter is the issue that there were NO passwords required in order to access this material… and that a relatively unprofessional hacker, self-taught albeit brilliant, would be able, using a dial-up modem, to gain top secret access to NASA files and places as sacrosanct as the Pentagon.

Since the date of this interview, Gary McKinnon has won his battle against extradition and will not face charges due to his having been diagnosed with Aspergers Syndrome.  It is important to note that this interview contains some of the best footage ever filmed of McKinnon telling the story in his own words.  Most of the press accounts simply refer to his activity as looking for proof of UFOs.  The fact that he unearthed proof of the Secret Space Program and the ramifications of that find, have been largely ignored by the mainstream press.  It is our hope that this testimony will eventually cross over into the mainstream and provide the proof necessary for a full scale investigation into the existence of a Secret Government and Space Program that are currently as much as 10,000 years in advance of the state of technology in use on ‘surface Earth’.  This includes anti-gravity and travel beyond the reaches of our solar system as well as the establishment of bases on the Moon, Mars and other planets.  Project Camelot’s whistleblowers have provided ample testimony supporting the finds of Gary McKinnon and it is our view that ultimately the truth about this will become widely known.