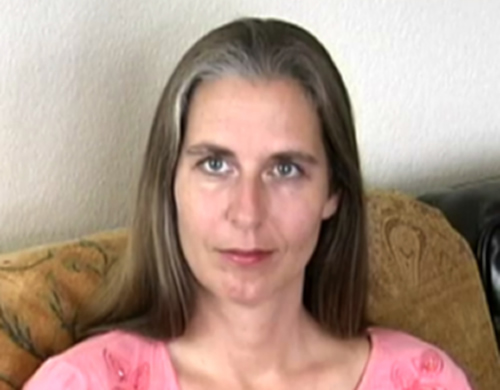 It's very clear to me how this network of people that are working in this light in order to educate, in order to inform, and in order to bring about change for humanity and the Earth are really connected to one another.

This particular time that we're in is very delicate – and it is truly the time of choice. But we're moving into a time where difficulties are starting to arise for individuals, communities, families. And we need to pay closer attention to what we as individuals are doing…

Miriam Delicado was contacted at an early age by benevolent, tall blond extraterrestrials, apparently singled out specifically for a very special role. She was advised by them to keep a low profile for many years, and finally last year, 2007, she was told by them that it was time for her to write her book: Alien Blue Star.

With that, Miriam became a minor sensation as thousands of people sensed that her book seemed to have been written for each of them personally. And now Miriam is a woman on a mission: driven, articulate, passionate, and powerful, she tells a riveting story of her very real and physical contact with a highly advanced, Guardian race, and the information she was asked to pass on.

Miriam is aware that there are others of her kind. The message is aimed at all people and holds special significance for what George Green labeled the Ground Crew*: that we are nearly in what the Hopi – with whom Miriam has established a special affinity and allegiance – called the End Times; that our planet and our civilization are in great danger; and that (so far, at the time of writing) timelines do not appear to have changed… although it is always within our gift to create whatever future we collectively wish.

We feel similarly driven, and it's our great privilege to assist her in her purpose by presenting this video. This may be one of the the most powerful and important interviews we have done.

* George's term, not Miriam's. George and Miriam have never met. But it is clear to us that it's the same group of people that each addresses with the same urgency, and with almost the same message.