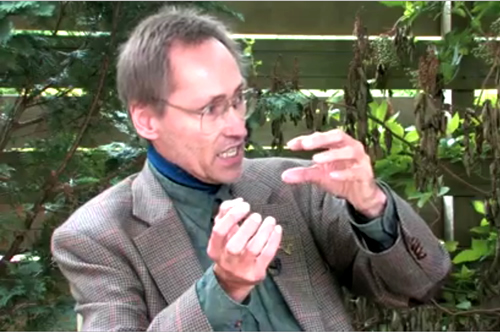 The World Cataclysm in 2012

The World Cataclysm in 2012 is the title of a book written by Belgian author Patrick Geryl in 2005 – and the title tells it just like he sees it. Patrick's opinion is so cut-and-dried – and quite devoid of hope – that he was interviewed in conjunction with the upcoming Sony Pictures movie, 2012, due to be released worldwide next month.

The interview presents important information, including the announcement by Patrick Geryl that he and his associate Gino Ratinckx have discovered the location of The Labyrinth written about in detail by Herodotus, the famous Greek scholar known as The Father of History. Geryl is convinced that within the Labyrinth will be confirmation of his theories. He tells us that NBC will announce this discovery sometime in November… and Geryl has been interviewed in connection to this as well.

Herodotus, who lived in the 5th century BC, wrote:

…As a token of their unanimity they decided to leave a memorial and that led to the building of the labyrinth, which is situated not far from the southern bank of the Moiris lake, in the neighborhood of a place called Crocodilopolis. I have been there and it is beyond all description. If you would make a survey of all city walls and public buildings in Greece, you will see that all together they did not ask so much effort nor money as this labyrinth…

The information about the Labyrinth is intriguing. But this is far from all. After much deliberation, we have decided to release this interview… although we do not agree with Geryl's 2012 conclusions. This is the very first video we've ever published which includes a disclaimer – although Patrick Geryl is a perfectly well-meaning and intellectually honest researcher (and for someone who is certain that the world as we know it will end, he is astonishingly cheerful, friendly and matter-of-fact). We opted to release the video, with the disclaimer, so that his train of logic could be made accessible to viewers and other researchers.

It is our conviction that as we enter this time of convergence where a multitude of simultaneously profound changes will be happening, the development of discernment becomes more and more crucial. In this spirit, we offer this interview: a report about the work of Patrick Geryl.

In brief, Geryl is convinced that the sun will undergo a pole reversal in 2012, which he says, is a cyclical event that takes place every 26,000 years and has been documented. This has some scientific basis – and, from what we understand, this repeating event may indeed be overdue. This solar pole reversal would in turn induce a similar reversal on Planet Earth. At that point, to paraphrase Geryl's conclusions, all hell will break loose.

To prepare you for this video (and don't be lulled into a false sense of security by the very funny outtake right at the beginning!) – these are Patrick Geryl's own words:

In 2012 the next polar reversal will take place on earth. This means that the North Pole will be changed into the South Pole. Scientifically this can only be explained by the fact that the earth will start rotating in the opposite direction, together with a huge disaster of unknown proportions.

In my books I reveal the immense cataclysm that is going to torment the earth in the near future. It is presently assumed by most people and the general scientific world at large, that the rotation of the Earth is stable, however, as expounded in my previous works on this subject, this is not the case. The gruesome reports of the previous catastrophes should, hopefully, be clear to all.

The historical exploration of cosmology in previous books is founded on the translation of hieroglyphs, cracking of codes, unveiling of the magnetic reversal of the sun, study of old maps, decoding of astronomical clues, geological research, and the discovery of the most exciting archaeological find in modern times.

Considering these I came to the following conclusions:

1. With clock-like regularity, sudden reversals and pole shifts are natural to the Earth. The result is worldwide destruction, and is supported by paleo-magnetic evidence and early manuscripts.

2. The reversal of the poles is attributed to the harmonic cycle of the magnetic fields of the sun.

3. Polar reversals can be calculated precisely on the basis of the sunspot cycle theory or the magnetic field theory, which the Maya and the Old Egyptians were privy to. These secrets are contained in the Labyrinth of Hawara, a huge complex consisting of three thousand rooms.

The idea of a cataclysm in 2012 is not just Patrick's, of course. Shamanic prophets, as well as many other first-world researchers, channelers and contactees, talk of coming Earth changes in the near future up to and beyond 2012. This is well documented both in terms of science and modern New Age myth. Patrick Geryl and Roland Emmerich (the director of the movie 2012) are not alone in their consideration of the future.

As those familiar with our site will no doubt recall, that many of our witnesses talk of coming Earth changes. For example, Bob Dean talks of 2017 and the coming of Nibiru – with the inevitable effect upon our planet. We are told by a former black project insider, Jake Simpson, of the coming of a 'wave' from outside our solar system on its way here at the speed of light… detected by highly classified superluminal [faster-then-light] craft. And then there are the repeated admonitions from Henry Deacon (real name Arthur Neumann) urging us to 'prepare' for a potentially devastating future that may contain food shortages, water shortages, and Earth changes worldwide that will change the nature of life as we know it. But all these witnesses offer hope: none come close to the dark picture painted by Geryl.

What also makes this interesting territory to explore is that, as many visitors to this site will be well aware, governments of the US and other countries have spent trillions of dollars building hundreds (if not thousands) of deep underground bases, some the size of small cities with an elaborate subterranean transport system connecting them, and most black project researchers now support the idea of a secret space program that might be far more sophisticated and advanced than would be easily believable.

The question is WHY. Is this preparation for a cataclysmic event that had been foreseen using classified, advanced technology – or one about which we were warned by friendly time-traveling ETs? Or is the reality more subtle: that there was reason to take precautions against a possible event of this nature, but that while the military were doing what they do best – digging in defensively – the best minds on and off the planet were working to eliminate potential threats?

Based on insider testimony from our own multiple sources, Project Camelot firmly believes the latter. For more on this, please read our major article 2009: A Tale of Two Timelines, which cites strong evidence that the future is malleable and changeable (and NOT fixed) – and that the way things turn out for us all is influenced not only by benevolent, proactive high technology, but also by the power of consciousness itself.

This is, in our view, the major flaw in Patrick Geryl's analysis. He omits to consider the power of consciousness to mould and shape events. It is also important to state that, when asked, Geryl admits to no knowledge or awareness or our ET lineage and the presence of the many ET races currently standing by, watching and interacting with us during this crucial time.

We believe that the many hundreds of thousands of Indigo and Crystal Children, preceded by more mature warriors like ourselves (and there are MANY of us: we are only two people among a very large worldwide team that spans every language and culture), would NOT be here if the future was predetermined. There is, from the spiritual perspective, a game to be played and therefore the outcome remains uncertain.

Here, the use of the word 'game' does not imply anything trivial. Seen from an Earthly level, it could not be more serious – although a spiritually light touch adds substantially to the power one has at one's disposal to catalyze and encourage change and transformation. The notion of a game is that the outcome is uncertain – and that the desired outcome is worth striving for, maybe against opposition in the form of the counter-intentions of others, and other logistical and practical challenges. The stakes are high, the outcome is not fixed, and there are players in this game – seen and unseen, on either side – which have very significant power and ability.

While this is the longest introduction to a video we've yet written, t his is the shortest written summary we can offer of what is a huge and extremely important subject. It is not everything that Camelot is about, but is quite a large part: and those of you who have accompanied us on this journey will be well aware of much of what has been written above.

We encourage and ask you to support the process, each in your own way, of ensuring that the outcome for the human race is a desirable one, and that the planet will be one which our children will enjoy – and where we ourselves will be pleased to return in our next lifetime, should we so choose.

In the end, the opportunity is for us to learn through experience and to use discernment in evaluating the theories and any so-called prophecies about the future as they emerge.. one by one, knowing that it is possible to determine truth from falsity and lies from that which resonates within each of us.