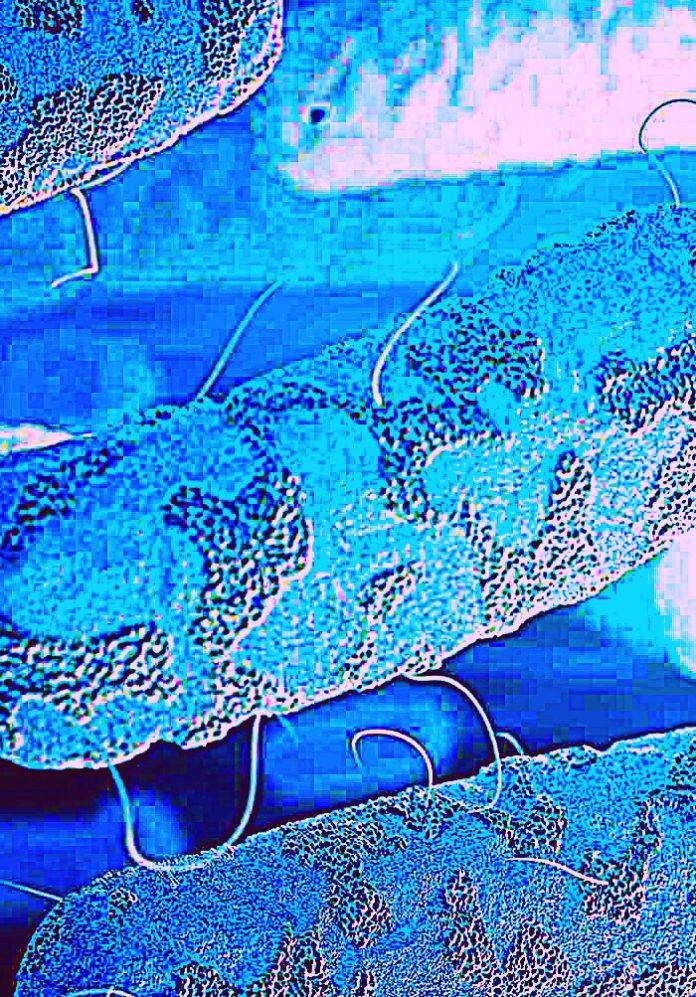 SAGA WITH THE MEDICAL ESTABLISHMENT

LOS ANGELES – January 14, 2020 – During November 2019, I was hospitalized because of loss of appetite, inability to breathe normally, and considerable fatigue.

Little did I realize, or for that matter nor did doctors have a clue, I contracted a relatively new disease on the rise affecting more ‘women’ than men, and how this occurred should be a wake-up call that is nothing short of a startling revelation to everyone on planet Earth as-to why it is going out-of control today.

I inadvertently learned while at a Cedar-Sinai affiliate hospital that the attending hospital emergency room doctor took it upon himself to determine I ‘might have an infectious disease’ so, he contacted the U.S. Center for Disease Control Studies in Atlanta, Georgia to obtain a “CDC Hold Order” placed on me to be being involuntary quarantined based only me being ‘suspected of carrying the Tuberculosis ( TB ) disease’ even though ‘no TB tests were performed or ever ordered by this doctor’.

It just so happened that an ‘awake and aware’ Registered Nurse ( RN ) discovered I research and write about globally sensitive information issues within The UPI Guy column at Project Camelot so, she came to me just prior to the hospital staff work-shift change, and mentioned the aforementioned doctor’s plans having been initially put forward and ‘pending a CDC Hold confirmation’ whereupon if he was successful, I would be seized and physically locked-away in-to quarantine.

I had to think fast. I asked this RN if I could quickly discharge myself away-from the hospital, and she told me that I had about 5-minutes and she would quickly bring me the voluntary discharge forms to sign, give me a copy, and show me how to get  to the ‘hospital service elevator’ to sneak out-of the hospital.

Because I was earlier informed by two ( 2 ) other doctors at the same hospital that I did even come close to fitting the profile as a Tuberculosis  ( TB ) patient candidate, and that if anything there may be a remote possibility that I may have the “Rhino Virus” that hospitals were recently being bombarded with by patient carriers of such, but even ‘that’ was only a ‘remote possibility’ because I did not even fit ‘that medical malady profile’ either.

I decided to get out of the hospital because too many things did not add up to me being quarantined ‘without proper testing first’ so, I took the advice of the RN who told me that in 15-years as an RN that she never saw an ordinary doctor – ‘not a specialist’ – take steps to seize any patient with a ‘CDC Hold’ and ‘forced / involuntary segregation’ without appropriate test results warranting such first.

Within 2-hours after leaving the hospital, I began receiving telephone calls from official authorities whom were endeavoring to capture me.

These hunters even drove out to my ‘mailing address’ to seize me, according to health department rules.

I was forced to remain hidden for up-to eight ( 8 ) weeks while my hospital-collected ‘sputum culture’ was could be ‘grown in the hospital’s microbiology laboratory’ to determine what was ‘really medically amiss with me’, and had I ‘not done as I had and escaped the doctor’s treachery’ I would have been ‘locked-up in quarantine for at-least 8-weeks until they decided what to do with me then’.

I remember the RN asking me if anyone was ‘out to get me’, and I said, “Yes, at-least three ( 3 ) groups, all of whom had been unsuccessful however, maybe one ( 1 ) found a way to tap into the National Hospital Database and do something to get to me with a phony CDC Hold.” I thought the nurse was paranoid until I said what I did, which made me realize I might be right.

Within 1-day, I saw to having telephoned the official investigators from the Health Department whom were advised I was ‘out of the country on assignment’ and I ‘would not be returning until the first week of January 2020’.

They were also asked to call me as soon as my ‘sputum culture growth defined my medical problem ( if any )’, and that I ‘would make private medical arrangements if such was ever warranted’ according to test findings.

On January 10, 2020 I returned to the same Cedar-Sinai affiliate hospital whereupon 4 four doctors informed me I never had Tuberculosis ( TB ) at all.

MAC often takes the form of a ‘pulmonary pathogen’, and although the mode of transmission is unclear, MAC is most likely ‘environmentally acquired’. Even more interestingly, according to U.S. Center for Disease Control Studies ( CDC ) reports, ‘incidents of MAC has been increasing’ due to ‘anti-microbial resistance’ in human beings.

No one knows why the rates of MAC are rising.

Both of the aforementioned specific diseases are difficult to differentiate from and are found in various ‘environmental settings across the globe’.

Even more strange, MAC is ‘genetically related’ and in conjunction with ‘certain environments’.

MAC is attacking a lot of ‘women’ ( non-smokers ), ‘veterans’ and especially those with the Cardio-Pulmonary Disease known as ‘COPD’ ( smokers ).

Doctors only recently advised me that by sleeping in my van as a vehicular homeless person over the past 13-years, that the cold night air is now serving to worsen my medical condition without proper insulation or heater within my immediate environment.

While I cannot afford a room to rent or other normal living shelter, I came up with an alternative, which doctors said would help me a lot.

Installation of a special dual battery system allowing me to use a temperature controlled heater too would require at-least $1,000 ( USD ) just to maintain my health while my lung problem is treatable.

Doctors went on to offer me out-patient rehabilitation treatments plus a vigorous regimen of multiple antibiotics to kill the environmental infections growing inside my lungs.

I’m very sorry to present my situation as it is now in dire straits of worsening due to changes of temperature elements at night where I am awakened throughout the night by my incessant coughing and expectorating infectious flem out-of my lungs so much so I can barely get any sleep because of my lungs wheezing so loudly during the night.