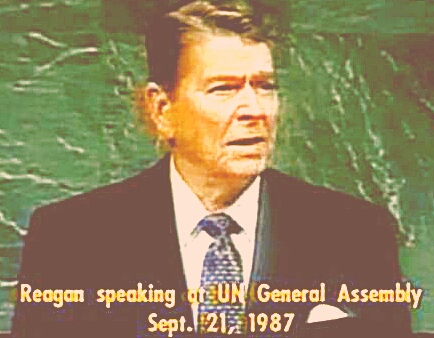 LOS ANGELES – October 10, 2019 – Hate seeing anything tearing-away the fabric of your Nation?

From limited understandings, populations of the world have been controlled through psychological operations ( PsyOps ) for hundreds of years.

America and counterpart Superpower nations have all had their PsyOps and counter-counter PsyOps ingenuities and nuances therein.

This report covers a few topics so, reviewing this road is about to get a little bumpy so, hang on …

America has its UFO PsyOps even though very little is publicized on what that entails although, just within the past 90-days I have written two ( 2 ) reports ostensibly surrounding that very topic, which I purposely did ‘not specifically point-out as being part of UFO PsyOps’ within any of those reports or others I’ve written about; and, will not likely ever identify as such because, as far as the U.S. government ‘thinks’: I don’t ‘know’ – anything. There ‘are certain lines’ I best ‘not cross with government’ if I wish to remain alive doing what I do here at Project Camelot.

Beyond America’s ‘Operation Mockingbird’, from the 1950s – 1998 era of government embedded journalists and broadcasters within America mainstream news media networks.

The Circus Ringmasters Tapping Upon Arenas –

While behind closed-door Executive sessions of Congressional and Senatorial oversight committee chairpeople and members were convinced that America’s intelligence number one ( #1 ) priority was to break the financial back of Russia by allowing it to believe their PsyOps into America media was succeeding beyond its wildest imagination, the financial facts prove that it was by-far cheaper for Russia to influence more double agents within America’s Intelligence Community Directorates who served to mislead the American population at-large and en-masse. In short, the U.S secret parallel government became infested, which only a few woke-up to in 1984 so, for now, it becomes more of a question as-to how-to-deal with this colossal mess we find ourselves in today.

The former Soviet Union government ‘old guard’ Kremlin overseers, clandestinely gravitated its PsyOps outward and back in-to other foreign nation figureheads whom were groomed as ‘agents-in-place’ prior to being directed into politics.

Most were spawned from wealthy families and / or powerful business patriarchies and oligarchies however, unlike any of those matriculating into government service and then into politics within their respective nations, a Greek American citizen named George Soros missioning stood-out because his missions led elsewhere within a myriad of secret compartmented influential financial supportive roles behind the scenes of ‘private organizations’ leading a global plethora of minions comprised of maligned, misunderstood and easily misled people whom were successfully directed into festering ‘from within the fabric of national unity’ by openly presenting groups of such like-minded bearing revolutionary principle views espousing ‘anti-traditional social behaviors and political ideologies’ that were ‘publicly sold by corporate conglomerate news media networks’ financially bolstered by organizations made secretly beholding to George Soros. And by purposeful design gradually misled populations into ‘new ideologies’ spread throughout all Western civilization government Legislative practices by ‘amending founding practices and old laws overwritten by new laws redesigning nations and populations.

Online, over the internet, ‘independent alternative news media platforms’ began as another means by which such festerings could be furthered, however, to outsiders while that added festering gave only the appearance of being stalled, the ‘Far-Right’ ( more-so than ‘Far-Left ) was quickly flooded by fever-pitching anti-tax sovereign militias of whom were American veteran throwbacks of foreign wars whom never stopped rebelling having taken-up the group “Vietnam Veterans Against the War” ( VVAW ) movement of radicalized leftists whose spokesperson who became the U.S. Department of State Secretary John Kerry clearly seen in the video clip ( below ) as the single largest national disgrace to the nation of America in 1971:

These types of subversives along with tax-evading militias gradually matured to interrupt by misleading the ‘America online Patriot movement’ envigored to fight America as closet Leftists against what the last bastions of Right remain in America as the true core of traditional citizenry today.

That latter-day movement has become dangerously spurred by all national mainstream media storylines and talking pundit heads until the Patriot movement spokespeople have recently issued ‘preparatory’ “Calls of Duty” all across the internet where such ‘actionings’ will, unfortunately, escalate as a consequence of ‘Left movement’ rhetorical ramp-ups seeing those two movements clash from one ( lone) point of ignition; an ‘isolated incident’ springboarding a ‘chain of widescale domestic unrest pitting brother against brother’. Very sad.

Unfortunately, most all are unaware that ‘both movements’ are now ideally positioned as a ‘giant scale’ “AntiFa” interalia “Black Bloc” clandestine mission designed to pit brother against brother thereby tearing apart the very fabric of life, liberty and the pursuit of happiness upon which America was founded; to be free of tyrannical national leaderships ushering-in Marxist ideologies of communistic state socialism countering Western democracy ideologies and socio-economic capitalism.

In-essence, the radicalized lunacy is trying to overthrow American thought by trying to shove the whole of it in-to the corrupt financial rut, the former Soviet Union of Russia climbed out from under by nearing itself more toward a semi-Western-like capitalistic State.

One might even caution prayer be specifically tailored moreover for an ‘immediate lasting peaceful life on Earth’. None need see any other major incident occur for a lasting peace to be brought about however, there are a myriad of people whom would beg to differ with that.

What brings-about ‘annealing mutual reunification amongst Americans’? U.S. Civil War peace lasted how long now? And, here we are today on the brink again.

Some postulate a ‘singular man-made incident within America’ labelled a ‘domestic terrorist attack’ might work. I do not agree based upon America’s 9/11 model of citizenry reunification duration only having lasted 5-years until domestic dissention began rising.

In order for ‘one ( lone ) Superpower nation to retain a lasting peace holding its people together in unison’, what will it take?

For all nations to do the same, what does it take to accomplish world peace?

In 1987, Ronald Reagan postulated an extremely unique notion he placed before the United Nations General Assembly where that particular point he made that I reference only took only 43 seconds ( shortened video clip – below )

Is it nearing time for the U.S. government to activate a ‘Project Bluebeam’ global event when the world’s nations are under the cloudiest of skies?

There are those willing to be patient, that-is until they’re forced to turn-around because tanks are coming up their streets to quell those otherwise impatients running amuck. Myself? I prefer watching the video clip ( below ) as a reasonable approach to problem-solving unless of course I can’t get down my street either. 😉

I could be wrong but those suppositions and assessments are just my opinions.

What are your viewpoints and opinions as to what’s been set-forth herein? I’d like to hear from you.

Please support my voluntary research and reporting for Project Camelot.

Thank you for your review and any support you deem fit to donate.