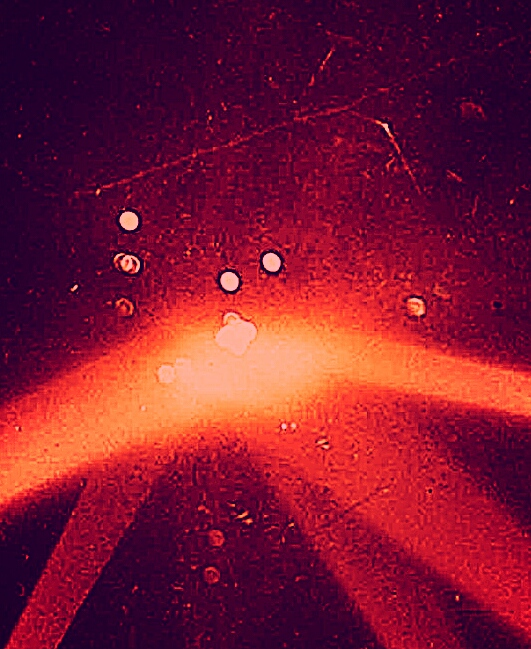 LOS ANGELES – Update: September 17, 2019 ( Original: January 25, 2011 ) – History, after several weeks of research recorded what was not so widely broadcasted as publicly led to believe.

That battle, infamously known as “The Battle Of Los Angeles,” commenced on February 25, 1942 at approximately 04:30 ( PST ) from high atop several State of California coastal locations, which amongst others, included readying the U.S. Army installation at Fort MacArthur ( San Pedro, California ) for a fully ‘live ground-to-air combat mission’ as was recorded in American history.

In particular, from atop a Culver City, California hillside ( now known as ‘Fox Hills’ ) just south of downtown Los Angeles (approximately 1-mile away from the former HOWARD HUGHES TOOL COMPANY) saw America’s military fully-engaged against what at that time was secretly termed an “UnReferenceable Object” (URO) also known as a “NonReferenceable Object” ( NRO ), which today the America military refers to as an Unidentified Aerial Phenomena ( UAP ) or Unidentified Submersible Phenomena (USO), that the public reference as an Unidentified Flying Object ( UFO ). 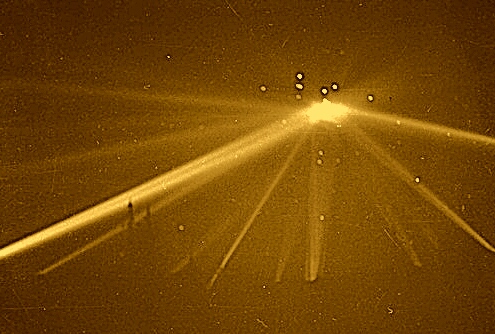 Within the aforementioned U.S. Army CENTCOM ordered military engagement, the URO / NRO / UAP Object was described early-on, by U.S. military observers positioned in the San Francisco Bay area, as a “cylindrical shaped object” reminiscent of a “dirigible”, which today the public describes as a “cigar-shaped UFO.”

This particular UFO / USO had been slowly paralleling the California coastline from at-least San Francisco, California all the way down the west coast and detected again just offshore Point Magu in southern California.

According to news reports, this particular UFO decidedly ventured inland off the Pacific Ocean southeastwardly over the Santa Monica mountain range, then angled its navigation heading further southeast over over Culver City, California whereupon U.S. Army military searchlights lit-up the dark skies spotting this aerial target for anti-aircraft artillery to be directed at the slow-moving aerial cigar-shaped UFO, which somehow quite successfully deflected direct hits of ‘more than 1,500 rounds of anti-aircraft artillery ammunition’ firing upon it and in-front-of its flight trajectory pathway.

This particular UFO was ‘not stopped’ nor hindered from continuing its slow methodic observational aerial glide path, which saw it gradually change course in a southwesterly direction flying directly over downtown Long Beach, California where it proceeded out over the Pacific Ocean further south toward Huntington Beach, California.

If this ostentatious foreign aerial display in the greater Los Angeles area wasn’t enough, the fact is that its ‘subsequent return inland’, only a short while later, when this same cigar-shaped UFO slowly navigated northwest; back over Long Beach, California ‘again’ – making an aerial course correction flying slowly northwest again over Santa Monica, California whereupon it headed offshore further northwest out over the Pacific Ocean where it eventually disappeared from high-ground observation points.

Southern California residents, within the County of Los Angeles, were indeed negatively impacted, although ‘not directly from the cigar-shaped UFO’, but instead from U.S. Army anti-aircraft artillery shell spent ammunition ricocheting off the UFO and falling downward; penetrating personal automotive vehicles, real estate holdings, and causing the death to at-least five ( 5 ) people; two (2) of whom, died after cardiac arrests ( heart attacks ).

Although various branches of the U.S. military issued conflicting reports as to whether or not military aircraft were ever scrambled off the ground and into the air, the fact remains – that amidst The Battle of Los Angeles – at least one ( 1 ) aircraft fell from the sky to crash on-to Vermont Avenue within the Greater Los Angeles Area during the early morning hours of February 25, 1942.

This particular 1942 battle of Los Angeles was documented and reported, by the:

– LOS ANGELES HERALD EXAMINER ( in addition to several other local newspapers and others nationwide ); and, 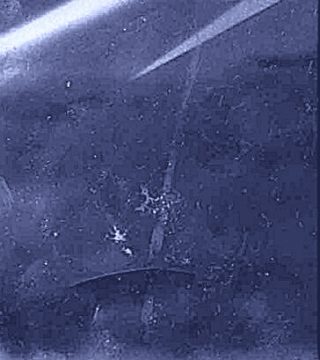 Today, several independent and network abridgment video and audio clips appear on YouTube where each holds very unique and subtle differences from one another, which for the purposes of this report ( herein ) both types were specially selected for review (immediately below):

On March 11, 2011, an American motion picture film was released surrounding the historically aforementioned UFO event. Some firmly believe the public will not be prepared for any such UFO event anytime soon, but may – ‘after’ the ”Battle Of Los Angeles” America motion picture film is released.

– U.S. Department of Defense heavy film support – some secret and some blatant – suggesting strong government interest in a motion picture film indoctrinating American public audiences who are entrained to prepare for such eventualities, as:

Nowhere better can such actually be  comprehended any better, than by watching what really went on in the background and what all went in-to producing the film ‘Battle: Los Angeles’.

The following 30-minute video includes ‘several behind-the-scene out-takes’ including what was publicly leaked from those whom openly provided such details ( immediately below ):

A ‘few’ know more than ‘most’ about such events upcoming, for it would not be the first time masses of people were left out of the information loop.

Many people in America are reportedly experiencing eery feelings lately where life since the September 11, 2001 ( 9/11 ) event seems somewhat askew.

Might you feel there may be a major event coming soon? If so, what?

Although many people live separate lifestyles, interestingly enough there are those whom surprisingly share somewhat similar unsettling uneasiness within themself, which is difficult ( at best ) to explain why.

Some believe this unseen linkage connects humanity to a globally spiritual collective consciousness.

Many people either do not mention what they sense because the cannot explain precisely ‘what it is’ that unsettles them, and while some may want to reach out, they just can’t quite put their finger on what ‘it’ is.

Others are unable to communicate or simply won’t because they dread how they may end up being perceived, by others, if they ever spoke out.

Most people are simply too distracted by so many things going on in their lives, and find themself focusing on ‘wanting certain material matters’ important ‘to them’; ‘their own personal wants’ – never receiving what may more truly be important ‘for them and kindred humankind’.

Many busy themself trying to accomplish what they say is to “survive another day” ( or week ), much like 95% of Earth’s population.

There are, however, a few whom do not believe they should be so quickly lumped in with the rest of the 95%, and ‘those are precisely the people’ whom I would like to receive e-mail feedback and blog comments from.

Send me an e-mail letting me know what’s on your mind, and if you can’t put your finger on it convey what you can.

There may be ‘special  information’ to assist you in dealing with what it is you and perhaps others are experiencing.

You may be surprised to learn, ‘you are not alone’.

Thank you for reviewing my reports.