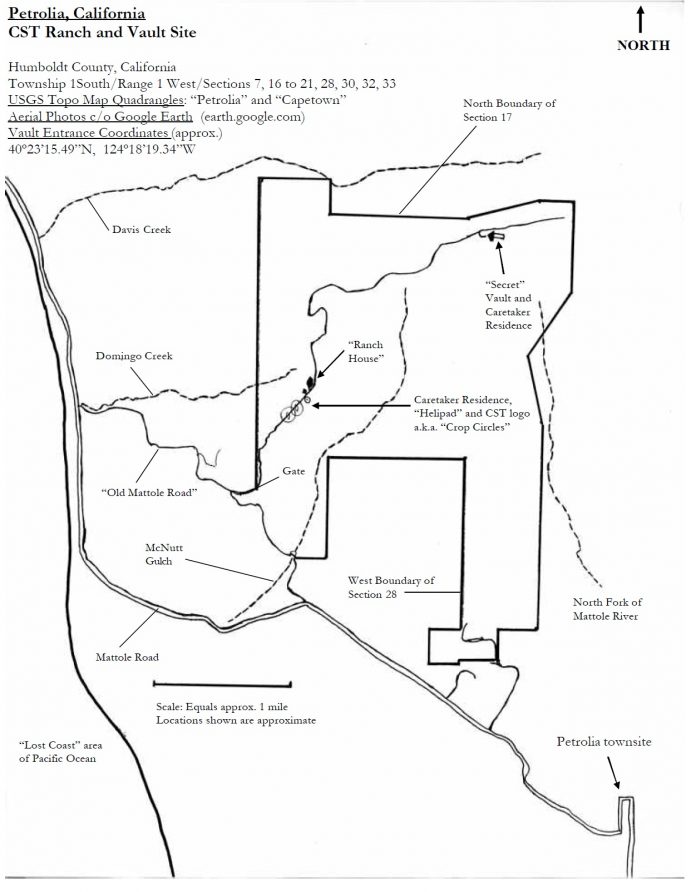 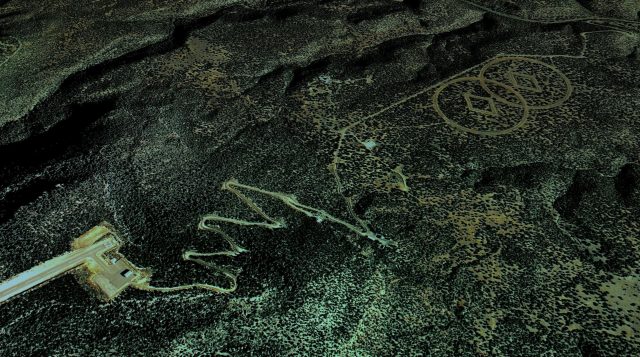 LOS ANGELES – August 30, 2019 – During the Winter of 2010 in Southern California, I was privately contracted to conduct an independent research study into background affairs surrounding the now-late L. Ron Hubbard.

My private client studied in the greater Boston, Massachusetts area and later become intimately familiar with an especially trusted personal associate of L. Ron Hubbard for many years.

My review of the L. Ron Hubbard affair, began shortly after this same client personally handed me for review what later became infamously known as the MJ-12 documents, and although his set contained more pages, I conducted and completed a forensic review as a freelance global information asset of the Intelligence Community where I secretly specialized in, amongst other things, as a legacy document examiner whereupon I applied my skillsets those on all that I had  been presented and returned those documents along with my preliminary research report.

He said, “Paul, before performing the next task on a U.S. government listening post station near Perth, Australia I have in mind for you, I need a personal favor from you regarding someone I was engaged to be married to; she’s an executive involved with the L. Ron Hubbard organizational empire. Can you do this personal favor for me?”

The following information ( below ) contains my preliminary research notes without the satellite and aerial photos, real estate property diagrammatics, surveillance installation information drawings, and Final Report I presented to my client.

I was leery about accepting my client’s personal request for a variety of reasons, especially subsequent to what I discovered about the Majestic 12 documents containing eight ( 8 ) significant tell-tale markings deeming them to having been manufactured instruments designed to mislead anyone, nevertheless I agreed to take on my client’s assignment surrounding the L. Ron Hubbard affair. 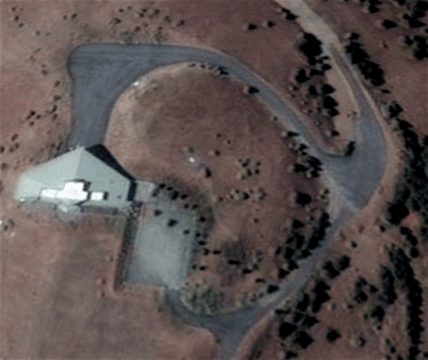 CHURCH OF SCIENTOLOGY central belief is that humans possess an ‘immortal soul’ or ‘Thetan’ that passes through a process of reincarnation process from one body to the next, living trillions of years, whereupon as humans “drop their body” ( die ) the ‘Thetan’ goes to a ‘landing station’ on planet Venus where misleading information premises about the Thetan’s ‘past life’ and ‘next life’ returned to planet Earth where it supposedly is placed into a newborn baby but instead these Thetans are encapsulated and dumped into the lower sea Gulf of California.

More than 6,500,000 million like-minded members, of the CHURCH OF SCIENTOLOGY, are located in over 200 countries worldwide.

CHURCH OF SCIENTOLOGY founder Lafayette Ronald Hubbard (aka) L. Ron Hubbard was believed born in 1911 ( near Tilden, Nebraska, USA ), was believed to have “dropped his body” ( died ) on January 24, 1986 and is now believed buried at his ranch in California.

1947 – Believed to be the date ( December 1, 1947 ) was when Lafayette Ronald Hubbard (aka) L. Ron Hubbard began his doctrine for the CHURCH OF SCIENTOLOGY;

1953 – Believed the official year when the CHURCH OF SCIENTOLOGY was begun by L. Ron Hubbard;

– Sardinia was where L. Ron Hubbard claimed liaisons with a ‘priestess’ of some ‘temple’ believed located underwater.

1968 – Mediterranean where L. Ron Hubbard, aboard his private sailing yacht ( The Enchanter ), claimed headed – with a select few ‘chosen’ ( including Hana Eltringham ) – on a ‘mission into time’ to find treasure buried during ‘previous lives’ on Earth.

1982 – RELIGIOUS TECHNOLOGY CENTER ( RTC ) was incorporated on January 1, 1982, for the ‘purpose of owning’ CHURCH OF SCIENTOLOGY trademarks, service marks, exclusive copyrights and Advanced Technology through an “Advanced Technology Assignment” ( ATA ) designed to ‘protect intellectual properties’ associated with the CHURCH OF SCIENTOLOGY. On January 19, 1982 existence of CHURCH OF SCIENTOLOGY ‘new Advanced Technology levels’ ( then known as ) “NEW OT VIII” through “NEW OT XI” were announced. The Advanced Technology Assignment ( ATA ) document was prepared by attorney Sherman D. Lenske ( Woodland Hills, California ) on behalf of L. Ron Hubbard whose signature appeared thereon dated May 10, 1982, and later verified by one of the U.S. foremost forensic handwriting experts William Bowman of the Los Angeles Police Department. The Advanced Technology Assignment ( ATA ) document was eventually executed on May 16, 1982 by the signatures of Glen Marlowe ( president ) and Laura Marlowe ( secretary ) for the RELIGIOUS TECHNOLOGY CENTER ( RTC ) to become the ‘primary beneficiary’ of the estate of L. Ron Hubbard ( before he died ) and designated to purchase properties for vaults, amongst other things. During June 1982 or July 1982 an addendum ( “Addenda” ) to the Advanced Technology Assignment ( ATA ) document – ‘adding’ additional ‘Advanced technology materials’ – was signed. On November 12, 1995, Sherman Lenske took credit for the ‘creation of the L. Ron Hubbard estate plan’ and ‘documents effectuating that plan’. There was also a separate Trademarks Assignment, Will ( January 23, 1986 ), and Trust;

1983 – L. Ron Hubbard had a ‘handwritten’ letter and declaration documents contained a ‘unique time dated ink’ that was ‘specially prepared’ and ‘formulated’ by the ‘U.S. Treasury Department Bureau of Alcohol Tobacco and Firearms ( BATF )’ forensic chemist Richard L. Brunelle. Those documents contained the fingerprints of L. Ron Hubbard who arranged those documents for delivery to a California County of Riverside Probate Court judge;

CHURCH OF SPIRITUAL TECHNOLOGY ( CST ) [ Los Angeles, California ] registered ‘trademark’ are ‘double diamond circles’ – symbols viewed as far above Earth by even aeronautical spacecraft, atop ‘both’ their real estate properties, at the:

Chuck Dunigan, the caretaker, was active in the County of San Miguel government.

CHURCH OF SPIRITUAL TECHNOLOGY ( CST ) – following a land swap in 1992 plus another acquisition in 1995 – owns approximately 3,000 acres in the County of San Miguel, New Mexico.

Tax Assessor Book 2-A under C

1985 – Operation Paper Chase, during the spring, L. Ron Hubbard had:

On January 22, 1986, the Last Will & Testament of L. Ron Hubbard indicated that, amongst other things, $35,000,000 million dollars was to be spent on ‘constructing one ( 1 ) vault’ where the L. Ron Hubbard ‘intellectual property’ research writings were to be etched into ‘gold bullion plates’ and ‘stainless steel plates’ buried within the 1982 Trementina, New Mexico vault facility that had already been built, which in 1998 was publicly revealed as being the vault where that was all held. Subsequent to 1986, however, other vaults were additionally built.

1988 – RELIGIOUS TECHNOLOGY CENTER ( RTC ) on November 30, 1988, was assigned the remainder of rights ‘other than copyrights’ to the Advanced Technology by the L. Ron Hubbard Will Executor Norman F. Starkey;

– CHURCH OF SCIENTOLOGY; and,

1990 – Petrolia, California in Humboldt County ( 23 parcels ) where the Petrolia, California vault cost estimate was between $3,000,000 and $5,000,000 million dollars, according to Humboldt County chief building inspector Todd Sobolik, plus an 8,000 square foot ‘caretaker quarters’ 3-bedroom house – nicknamed “The Bunker” – with an estimated construction cost of $300,000 dollars contained closed-circuit TV ( CCTV ) monitoring cameras ( in almost every room ) with intrusion alarm systems throughout. BRANT ELECTRIC ( Arcata, California ) handled construction electrical work on the residence with steel stud wall supports on a concrete floor atop concrete piers standing 20-feet tall above the ground beneath. The entire facility first ( 1st ) tunnel consisted of pouring 16,000 square yards of concrete, plus a second ( 2nd ) tunnel. The CHURCH OF SPIRITUAL TECHNOLOGY twenty-three ( 23 ) parcel compound had the Humboldt County tax assessor value the entire property at only $1,190,000 million including $510,000 in improvements that for 11-years ( 1990 – 2001 ) only saw a Humboldt County tax bill of only $18,488 dollars. The facility is atop Walker Mountain just west of the Pacific Ocean;

My continued volunteer work is made possible only from individual support contribution donations from people like you.

If you can help by donating, please only do-so without economic harm, to yourself or your loved ones, which is important to me.

PLEASE DONATE to the UPI Guy ( Paul Collin ), via either:

3. For another ‘secure means of online donation’, please click ‘this link’ ( immediately below ) to learn more:

I still remain a ‘vehicular homeless handicapped veteran’ while providing voluntary services out-of my van from where I am currently in much need of money, for:

Any financial assistance is gratefully appreciated by me while volunteering for the Project Camelot audience of people worldwide.

Thank you for showing your direct support by donating as I try my best to basically stay alive to volunteer 7-days a week ( from early morning until late at night ) where such avid interests leaves no time for any luxury ( dining out, entertainment or vacations ) in more than 10-years to-date.