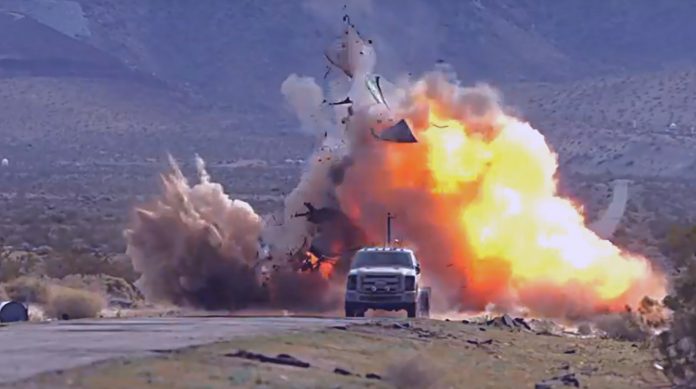 Los Angeles – July 8, 2019 – Online for computers, smartphones there are ‘software applications’ ( aka ) ‘Apps’ used by computers and smartphones, and now within ‘social media’ at ‘Twitter’ there appears to be an Artificial Intelligence ( aka ) ‘A.I.’ “Robot” ‘account-holder’ identified as “LA QuakeBot” ( ” @earthquakesLA ” ) with a ‘printed introductory statement’, read as: “I am a ‘Robot’ that tells you about earthquakes in Los Angeles as they happen.” Apparently, it is only ‘built by’ – or more accurately, ‘manipulated by’ (” @BillSnitzer “) extrapolating ‘data feed information’ out-of the ‘actual producer’, that is the U.S..Geological Survey ( USGS ) automated system.

This report saw its creator screaming to himself, “I am a ‘Human’ who tells ‘Robots’ even-more about earthquakes than only Signals Intelligence ( SI ) sensors do, and those advancements are ‘not yet programmed from certain analytical minds of humans’, which are based more accurately upon ‘human observation predictive analytics’ calculating both ‘geological seismic reaction measurements ( supplied by U.S.G.S., NASA, et. al. ) plus, ‘human visual’ / ‘optical geological surface terrain ‘obstacles’ and ‘thoroughfares’ to determine ‘patternings’ of earthquake “Swarm” ‘navigation’ ( ‘ headings ‘ ). In essence, providing ‘Advanced Public ( ‘ government ‘ ) Private ( ‘ population ‘ ) Alert’ ( ” APPA ” ) ‘Watches’ and ‘Warnings’.

Eliminating perceived skepticisms, an exemplified set of event occurrences are provided for your review ( below ):

From Acorns Of Observations Trees May Grow Acres Of Knowledgeability –

[ WARNING NOTICE AND DISCLAIMER: The following private conversation, between this report ( herein ) ‘Author’ ( Paul Collin ) identified as ” ME ” ( below ) is “Intellectual Copy-Righted” material co-owned jointly and severally by and between ‘he’ the ‘Author’ ( Paul Collin ) and ‘his Agents and / or Assigns, ‘his Publisher only’ ( ” Kerry Cassidy ” ), ‘his Anonymous co-conversant’ ( ” CIRCUS MAN ” ) and ‘his co-conversant Agents and / or Assigns’ of whom ‘only aforesaid named or implied by virtue of their so-named herein anonymities as authorizeds’ may by ‘express permission or denial’ to any other individual or entity provide ‘any’ and or ‘all’ portions either ‘in-whole’ or ‘in-part’ of the ‘following text body contents ( below )’ may neither be ‘reproduced for unauthorized further distribution’ except by those named-so herein either by their ‘true names’ or ‘aliases’ nor ‘in-whole’ or ‘in-part’ for ‘republishing’ without their ‘express permission in-writing or by verbal first-hand personal consent’, unless ‘mutually agreed-upon modification in-writing by all parties named or referred-to by pointed reference within this ‘Disclaimer’. ]

ME ( to Circus Man ) on 05JUL19 at 8:38 p.m.: “Thank you, Sir, it was by-far much-much stronger than yesterday [ 04JUL19 ]. Still no info as to epicenter location being released to public, but it was a 7.1 Magnitude earthquake. Up and down, and side to side shaking for 20 to 30-seconds in duration. Las Vegas, Nevada also felt it. Worse than the 1994 Northridge earthquake in Sylmar, California just north of Los Angeles. This evening’s [ 05JUL19 ] also came with Power Outages in Fillmore, California plus, a 1,000 Firefighters were called-in.”

ME ( to Circus Man ) on 05JUL19 at 8:43 p.m.: “The fact that we have NOT had any AFTERSHOCKS tells me there IS more to come. At Chapman University in 1979, I took a special earthquake class, with only 24 foreign family kids therein, learned a lot.”

1.: Residents of Ridgecrest, CA and Trona, CA left their homes and rather than leaving are now living and sleeping in ‘their cars’;

2.: Sacramento, CA in northern California and Las Vegas felt the China Lake quake that was upgraded to 7.1 Mag;

4.: The Fault Line has ripped open with ground fissures for 11-miles and expected to extend up-to 35-miles North toward China Lake;

5.: Officials at CAL-TECH Seismology Laboratory said ground motion has NOT STOPPED MOVING AND IS MOVING SO MUCH AND TOO FAST that even computerized instruments CANNOT CALCULATE THE TOTAL NUMBER OF QUAKES IN PAST 2-1/2 HOURS;

7.: Road ( Highway 78 ) between Trona and China Lake has collapsed and was Closed to Public. National Guard Bureau has dispatched 200 National Guard troops, plus U.S. Air Force, and this and more is now being tasked in The Pentagon just now; and,

CIRCUS MAN ( to me ) on 06JUL19 at 4:20  p.m.: “Wow stay safe and start thinking about leaving Cali. Thank you for the excellent updates under bad conditions. I understand, just stay safe, and note that I am expecting another major quake in the next 24-78 hours, though I hope not, and it won’t be at China Lake.”

CIRCUS MAN ( to me ) on 06JUL19 at 7:56 p.m.: “If I am right there will be a spider webbing connecting multiple faults and stress fractures which will release soon. Think dominoes with stress fractures and aided by hydraulics. Fractal fracturing. Spider web. Water levels and even heat effect local geology as does vibration including ultrasonics. There will be more I am afraid.”

ME ( to Circus Man ) on 06JUL19 at 7:59 p.m.: “[ your ] ‘Spider web’ my ‘Snowflake’ patterning same. This current dotted earthquake line is only 1-hour old, and I can safely predict Barstow, California is in the path of the line of quakes now ripping Southward. It’s headed for the San Andreas, my friend, just like you earlier indicated. There is news from what I just looked-at on the quake map, the shaker [ aftershock ] I ‘just now [ 05Jul19 ] felt’, was one of several [ earthquakes ] now in a line headed down to Interstate 15 on a DIRECT BEE LINE FOR BARSTOW where at I-15 and I-40 junction we have a military air facility [ Fort Irwin flight-line ] that Google began covering-up with its paste-in ‘green crop circles’ covering up what’s parked on that flight-line. I remember seeing Tilt-Rotor military planes and helicopters there before, but cannot see [ satellite cover-up ] jack-diddley-dog-poop [ on flight-line there ] nowadays.”

ME ( to Circus Man ) on 06JUL19 at 8:10 p.m.: “FYI Not ALL quakes are being allowed to be fed-through my App, which for YEARS is the best one available BTW because USGS is THAT “Chokehold’.

CIRCUS MAN ( to me ) on 06JUL19 at 8:13 p.m.: “They are likely overwhelmed but I get the feeling ‘someone is managing or editing dissemination of information’. There also seems to be some forehand knowledge by the powers to be that concerns me. Yes, that’s why at the least you need to think of where you can get-to where people are not.”

ME ( to Circus Man ) on 06JUL19 at 8:20 p.m.: “Indeed, because when I texted that [ above ], I was [ then ] being shakened in my parked van, and NOTHING has yet registered [ on my App indications ] THAT SIGNIFICANT a magnitude to be able to do-so ‘here’ [ where I am ], based on my field experiences. Wait, THERE IS MORE SHAKING NOW STILL AT THIS MOMENT where I am now. I am in the heart of gangland Zombies, my friend, and it would take me 1-1/2 hours to get to the I-15, 30-miles south of the San Andreas. Am flat broke.”

The aforementioned, latter of which currently ( Sunday 07JUL19 ) extended SouthWest just past the military installation at Fort Irwin, CA  to Barstow, CA where at 07:56 a 2.1 M earthquake occurred today; which my ( Paul Collin ) predictive analytics noted yesterday, Saturday 06JUL19.

About 25 earthquakes down here now:

2. Several in San Bernardino County of which 1 was just South of San Andreas at the base of the Crestline, CA Big Bear mountain near my predicted ‘Cajon Pass area’ ); and,

You should be publishing these updates. It’s  good publicity for you; the reporter on the ground.

Moreover, you might save some lives; just a thought.”

I suppose there may likely be a flip side to that aforementioned perspective coming soon from Artificial Intelligence ( AI ) cognitive reasoning studies; unlike ‘Spock’, suggesting an ‘electronic mind-meld’ – instead.

How late might this report have come too late to a population’s attention?

Should viewers wish to support my research and reporting, they may do-so directly to me, via only secure donation contribution means, as follows:

Thank you for your review.

ABOUT THE AUTHOR ( 2019 Interview ): m.youtube.com/watch?v=mFxhHnObAFs

The Navy is ordering more Advanced Anti-Radiation Guided Missile ( AARGM ) [ www.defenseindustrydaily.com/italoamerican-agm88e-aargm-missile-no-place-to-hide-down-there-01852/ ] for itself and the government of Italy.

The AARGM [  ] is a medium range, supersonic, air-launched tactical missile whose primary job is to ‘attack and kill enemy radars’.

Work, will be performed at various national and international locations, including: