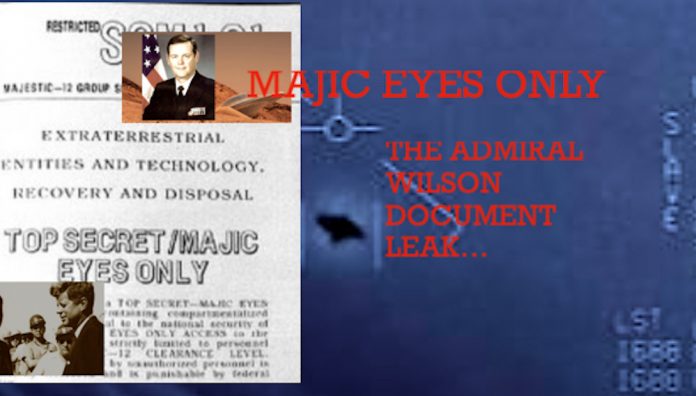 This latest release comes to us by way of a document given to UFO author/researcher Grant Cameron earlier this year.  The same document appears to have been given to Rich Dolan by an undisclosed source.  The word is that the documents came from the files of the late astronaut Edgar Mitchell and were somehow given to an Australian ufo and space researcher named James Rigney.


“As Greer informed a Portland, Ore., audience in 2001, “(Wilson) said, ‘I am horrified that this is true. I have been in plenty of black projects, but when we tried to get into this one,’ he was told, and I quote, ‘Sir, you do not have a need to know.’ The head of intelligence Joint Staffs. You don’t have a need to know. Neither did the CIA director, and neither did the President.”

SOME BACKGROUND POSTS THAT INCLUDE BILLY COX, GREER AND DOLAN:


Some general notes taken on the circumstances surrounding this “leak” and transcript of an interview with Grant Cameron by Michael W. Hall–by Dave Scott: