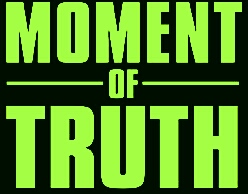 Moment Of Truth ( In Conclusion ) – UPDATE !

…”Years after the Triskelion Revolution pushed corruption out of the lands protected by the beautiful Mount Tamalpais, a young and vital generation of hero-leaders faces threats that the founders never dreamed about.  Their lives based on passion for the planet and its people, these devoted individuals prove to have the courage to take on the inevitable attacks from every source–but will they survive such overwhelming evil?

IMPERIAL MARIN BOOK ONE brings to life a world where the people have chosen to live in an environmentally sound absolutely democratic and free society.  This is no Utopia–but a wild world where science has introduced uncleansed cultism without sanctuary.  But through it all, the people know that their young hero-kings will guide the new nation to its destiny–to be not only the future on Earth, but also humanity’s political route to the stars.

This is a story written for adult readers who are seeking an epic new myth-saga of political science-fiction/fantasy for the 21st Century.”–Mark Richards 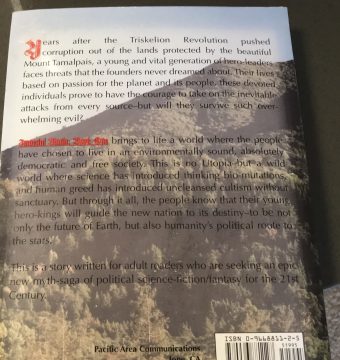 L9S ANGELES – February 6, 2019 – Subsequent to the initial publishing of the report ( hereinabove “Moment Of Truth” ) a most curious ‘video rebuttal’, publicly ‘aired ( over a particular YouTube channel ) appearing to have been voluntarily produced by one of the report-named individuals ( Kevin Daniel Moore ) who openly admitted that at least one ( 1 ) of his thirty-two ( 32 ) prior foreign businesses involved ‘pornographic adult sex toys’ while his other activities surrounding computer software required his personal residency near Amsterdam because he premeditatedly determined geopolitically suited as ‘the only legitimate ( legal ) place for such business venues, unlike the United Kingdom ( UK ) where prohibitions of minor age children or those who are ‘just 18; limited’ ( prevented by law ) from such ‘engaging activities’.

And as strange and convoluted as those two ( 2 ) slip-shodding dunderheads demonstrated themselves to actually be when such then became even more ludicrous upon collaborating with and paying an already ‘broke biker’ whose mental health was called into question, not because of a ‘lazy mind’ but rather an ‘over-active imagination’ running at a slower pace whereupon his pension for gluttony will not see him anytime soon reaching his conflicted ‘delusions of grandeur’ claiming the U.S. Central Intelligence Agency ( CIA ) saw so much value in his skillsets that he later contacted his ‘target’, a professional woman, who he publicly threatened on Facebook in front of a huge audience.

The following few research notes ( below ), while neither comprehensive nor complete, are simply provided as a peek into far greater scandalous activities leading to a criminal court case situation multiply proven to have wrongfully prosecuted and misled an empanelled courtroom Jury away-from clear and convincing evidence verdict of a ‘justifiable homicide’ where a wealthy car collector who was also a ‘homosexual pedophile stalker’ was ‘wrongfully murdered’.

In either case, ‘killing’ is ‘wrongful behavior’, unless evidence proves the killer was not emotionally capable of adhering to comprehension between ‘right’ and ‘wrong’

In this instant criminal case, a teenage boy quietly admitted to having been earlier raped, and driven around schools by the “Chicken Hawk’ ( Richard Baldwin – murder victim ) whose homosexual pedophile propensities was in his openly vocalizing his descriptions of ‘certain physical attributes of school-age boys’ he expressed his own personal homosexual interest in.

This outward behavior did nothing more than ire the wrath of this particular teenage boy Defendant who as Baldwin’s passenger secretly mounted his welled-up seething rage thereby later bludgeoning him to death.

Audiences may begin their own path of even-better discernment as they become enlightened with ‘hidden facts’ ring-fencing The Tres Amigos ( Dumb, Dumber and Dumbest ) whom ‘incorrectly discerned for public audiences’ while they continued wildly carrying-on simultaneous public attacks on two ( 2 ) professional women.

In the course of the interview, for the ‘Social History’ section of the evaluation, Hoover [ Crossan Hoover ] was asked about ‘the worst experience he [ Hoover ] had in his life’.

And, ‘he [ Crossan Hoover ] did not tell anyone UNTIL he was on Trial’ in the instant offense.”

The record [ Court records can be ‘sealed’ via a secret judicial Order ] does not indicate ‘whom’ [ more than one ] Hoover [ Crossan Hoover ] told’ of [ about ] this traumatic event [ i.e. ‘sodomized rape’ ] during the Trial.

The disclosure does not appear in any of the psychological or psychiatric reports [ a Court record ‘sealed’ via a secret judicial Order ] that were prepared at the behest of the parties or the court.

‘Knowledge of ‘his [ Crossan Hoover ] rape’ would have explained both ‘his [ Hoover’s ] visceral reaction to homosexuals’ and the ‘uncontrollable rage’, Richards [ Mark Richards ] was able to exploit by telling Hoover [ Crossan Hoover ] that ‘Baldwin was a child molester’.

[6] The above-quoted colloquy suggests that it was Defense Counsel’s ‘convoluted and inarticulate questions’, rather than Dr. Rodriguez’ answers, which ‘gave the Court the mistaken impression’ that there was equivocation on the Witness’ part …”

“Following Hoover’s plea of not guilty by reason of insanity, the state trial court appointed two mental health experts to examine Hoover and report their findings. Neither expert found that Hoover was insane when he committed the murder.[11]”

“This Court concludes that under any applicable standard, the Prosecutor’s withholding of materially favorable information’, from Dr. Buehler, and ‘consequent manipulation of the evidence’ violated longstanding federal precedents from Napue forward. Because ‘there is a reasonable likelihood’, that but for ‘the Prosecutor’s manipulation of Dr. Buehler’s opinion’, Hoover [ Crossan Hoover ] would not have been found not guilty by reason of insanity of first degree or even second degree murder; ‘his conviction must be set aside’.”

“The Jury, in the Hoover [ Crossan Hoover ] case, ‘deliberated longer over sanity’ than they did over guilt. They were obviously either divided or uncertain about their decision.

CYA was first opened in 1943 as a reform school. Today it functions similar to adult state prisons.

“The average length of stay [ imprisonment ] for ‘children’, first paroled for serious felonies, were as follows:

If you enjoyed reviewing this report or any others from the UPI Guy, please support these research efforts and work-products for the Project Camelot audience and its visitors.

Thank you for reviewing this report.