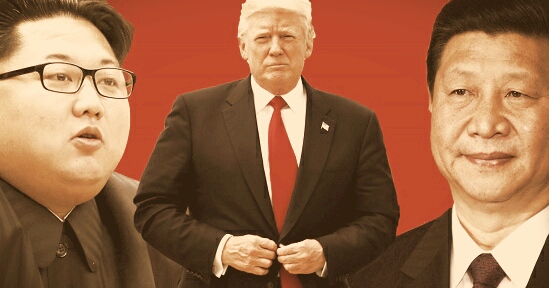 Article by, Paul Collin with Comment by Kerry Cassidy, Project Camelot (see below)

The Rare Earth Element U.S. defense supply-chain, kidnapped by China, also purchased America’s ‘defense patents’ too, which presents a challenge to U.S. National Security in terms of the U.S. military haing to import its key-critical military hardware from China.

Also focused-on were American high-costs associated with ‘transportation’ and ‘storage’ in disposing of ‘hazardous material by-products’ from purification processing Rare Earth Element metals for a variety of high-technology usages.

After all these issue were presented to the U.S. President Barack Obama Administration, a lot of heel dragging occurred, and then in the end nothing was accomplished except to collude with China’s monopoly game on the U.S. Department of Defense where defense contractors made plenty of profits marking-up the costs of such high-tech products holding America’s defense posture, on high-technology missiles and more, hostage.

In-essence, multiple national security issues that were presented along with solutions simply fell on ears that were smacked so many times by the U.S. Department of Defense ( DoD ) calling politicians to kill these plans, everyone became deaf and dared not question where DoD was receiving instructions from albeit the Directorate of Central Intelligence or elsewhere up the chain of command.

The uncomfortable fact that outside influences over U.S. National Defense military strategies somehow being subverted or steered-away from what made sense  to ‘something other than defense’ and yet so secret it scared folks away-from even ‘asking why’.

Now, elements associated with a U.S. National Trade Commission is addressing these issues but quietly behind the scenes away-from mainstream news reporting ears. But, ‘why’?

We heard announcements about bring jobs offshored back to America.

We heard about some sort of changes with respect to ‘trade imbalances’ and “Fair Trade.”

We also recently heard about the “price of tariffs being raised by America against certain countries.”

People ‘Can Handle The Truth’ If Revealed –

What mainstream news is ‘not telling people’ is what’s going on behind the American stage, whereas my report ( herein ) reveals information that most people are otherwise unaware-of.

That is ‘why’ China cut deals years ago to begin mining in the DPRK ( North Korea ) where nearly $12,000,000,000,000 Trillion dollars in Rare Earth Element natural reserves are located with China processing it and then manufacturing it into products sold back to U.S. defense contractors supplying America’s strategic defense components in space, military, telecommunication, and civilian products.

North Korea is chocked-full of surprises, and perhaps, from out of this world too.

DPRK is uniquely positioned geographically where an abundance of Rare Earth Elements ( REE ) are in full bloom for the picking ( mining ) operations like no other place on planet Earth.

DPRK ( North Korea ) has one ( 1 ) ‘natural reserve’, amongst several other Rare Earth Elements ( REE ), totalling nearly 6,000,000,000 billion tonnes of “Magnesite” making it the second ( 2nd ) largest deposit in the World, within its Provinces of Hamgyeong-do and Jagang-do.

Magnesite was detected in the meteorite ALH84001, as well as on Mars using Infra-Red ( IR ) spectroscopy from satellite orbit.

Controversy still exists over the ‘temperature of formation of this magnesite’ as being a l’ow temperature formation’ suggested for the magnesite from the Mars derived ALH84001 meteorite.

North Korea may be extremely secretive for a widw variety of reasons.

DPRK is understood to possess a unique race of extraterrestrial biological entities ( EBE ), or ‘aliens’, which may be unfamiliar to most of modern-man today.

China is rumored to have “alien technologies” that have been passed down from biological races dating as far back as 500,000 years ( or more ) on or from within planet Earth.

Not too far of a stretch, geographically speaking, the Democratic People’s Republic of Korea ( North Korea ) certainly possesses a variety of mysteries, including the: cobalt blue dome rock ceiling underwhich North Korea nuclear missile research laboratories are located where this naturally formed ceiling or dome is reportedly ‘absolutely and utterly impenetrable by anything known to man, including Directed Energy beam weapons and aerial platform gimbled High-Energy sonic flocculators of the United States.

It is an oriental traditional insult to China that sees DPRK (North Korea ) cutting Beijing out of the equation for a meeting place – planned in May 2018 – where otherwise negotiations are to take place between U.S. President Trump and Kim Jung-Un that spells-out he may decidedly cut China off as being the Rare Earth Element middle-man for America.

It’s Let’s Make A Deal Time Or Not?

What will become of DPRK as China’s toothless bull-dog against America? Will China stage a ‘secret war act’ of aggression made to appear rooted  within one of America’s allies like Japan? Albeit knowingly or unknowingly with DPRK, China and perhaps Russia may retaliate against U.S. allies.

In the ‘northern area’ of North Korea, where its military missile launch complexes are located, Rare Earth Element minerals are also being mined by China.

What China has are its ‘northeastern area’ petroleum reserves, which dwarf anything Saudi Arabia ever had.

What Europe needs is ‘natural gas’, which Qatar has an over abundance of, and that’s why Syria is being decimated to put that pipeline north.

If America decides to bomb North Korea, China ‘will’ likely retaliate, unless DPRK is conducting its meeting with America to present something more secret dealing with Iran or Russia.

Worlds in transition, confuses people while breeding speculation eventually lashes out at most everything around where, for many, there is no other way of looking at truths hidden by mainstream news media.

Without a world of ‘decent government transparency’ public contempt comes from people easily angered and eventually steered by ‘better propaganda than corporate mainstream news media broadcasts can ever dish-out on behalf of their over-paid security guard governments’.

I did my research on the subjects of this report, and then I saw this guy vocalizing all that I read, although several of his conclusory viewpoints I do not agree with, he did a fairly good job of conveying basically everything.

You may never be the same after watching this man’s frustration, his recognizing ramifications of China’s monopoly on Rare Earth Elements holding America’s defense posture hostage, he explains where he feels the world is likely headed in the direction it is today.

If you enjoyed my report, let me know by e-mail ( below ).

If you’d like to support my reports, let me know by e-mail ( below ), or click on my donation link, here:

Your remaining awake on these an other important topics as well aa aware of what’s going on around you and your loved ones.

Please tell a friend, co-worker or business associate by at-least sharing this particular report with other people online.

You can do your part in getting the word out by, simply clicking on any of the ‘Share’ social media buttons at the top of this page.

Comments:   While I appreciate the focus on these rare earth minerals and China’s monopoly (or supposed monopoly of them).  I think there is more to this story worth investigating.
There is NO logical reason for the defense dept (or military industrial complex) to go down this road.  Therefore they must have some ‘method to their madness’.  What are they not telling us about this?  Why would they let control of their weapons production (and computer /tech related industry) be beholden to China (or North Korea) unless it served some purpose?
Why by the same token would Hillary Clinton and Obama sell 20% of our Uranium rights to Russia and China?
These are questions that really need to be asked.  Why?
I submit that something completely different is really going on here.
And it most likely relates to the secret space program and their plunder of other planet’s minerals for space travel.
This is where we need to look for answers.—Kerry Cassidy, Project Camelot