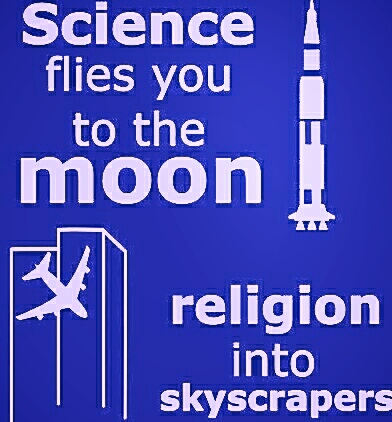 LOS ANGELES – October 11, 2017 – Are you ready to comply with a ‘new U.S. federal law’ already officially mandated to be doctored by many states in America but to nevertheless go into effect ‘next year’ ( 2018 ).

While this entire report is ‘not’ science-fiction, the United States Department Of Homeland Security plans to begin its “Phase 4” ‘enforcement’ of the U.S. REAL ID ACT next year’ ( 2018 ); shocking, many Americans.

The State Of California, in January 2018, expects its State Treasury to begin filling from resident’s hard-earned monies paying for these new ‘Federally Compliant’ identity cards for ‘all adults’ including “emancipated minor children” ( below the age of 18-years old ) too.

Hundreds of millions of people across America, including the rest of the world, ‘never got the memo’ or even a peep or squeak from any mainstream newspapers, magazines, or television broadcasts about the new “Federally Complaint” ID mandated on-to multiple millions of U.S. citizens, children, undocumented aliens, plus more.

Restricting ‘freedom of passage from state to state’ ( through secure high-technology computer-driven monitored travel hub centers, plus ‘restricting access to certain federal buildings’ ( e.g. Social Security Administration, and others ) throughout the United States is ‘already mandated by federal law’ to be in full force and effect by October 2020.

No Longer Science-Fiction By 2018

In January 2018, people in California, and by October 2018 in Arizona people in-addition-to ‘all other states across America’ will begin to possess a ‘Federally Compliant ‘drivers license card’ or ‘identification card’ by ‘no later than October 2020’ when ‘all adults’, including, “emancipated adults” ( minor children ), must possess this new federally mandated card or suffer multiple restriction penalties.

What some will undoubtedly nickname as, “The Mark Of The Beast Card,” interalia “Federally Compliant” cards already mandated in-to law will be mandatory by October 2020.

September 2017, late announcement of the EQUIFAX INC. ( a ‘public-private partner shipping’ credit bureau in America ) so-called “data breach” publicly shared private credit application information of more than 170,000,000 million American people that included releasing ‘multiple State issued’ “Driver’s License card information” and / or “Identification card information,” plus “Social Security card numbers,” all of which now appears most curiously coincidental as an additionally purposeful tool’ some suspect the U.S. government will undoubtedly use as its primary encouragement advertised to millions of American people as a great and all-powerful ( Wizard of Oz-like ) “smart card” that will somehow be trending acceptably long before October 2018.

This ‘new ID will not be easy to obtain for multiple millions of people throughout America’, e.g. ‘undocumented aliens’ ( 50,000,000 + ) in-addition-to the ‘homeless’ ( 50,000,000 + ) whom ‘will’ very soon experience challenges questioning their inalienable rights to freedom of movement across America.

In 2005, the REAL ID Act established ‘uniform standards for design and content’ ( Security of each U.S. Citizen’s personally private identification information ) within ‘each state drivers licenses’, and ‘delegated authority’ to the U.S. Department of Homeland Security ( DHS ) for implementing and regulating compliance of that Act.

As an aside, another U.S. Presidential Obama Administration Executive Order ‘quietly ceded all U.S. Presidential control ( thereafter 2011 ) automatically over-to the U.S. Department Of Homeland Security ( DHS ) whenever a consensus determines any President “cannot ( for whatever reason ) carry out the duties of his Presidential Office” whenever America nationally faces an “imminent” threat of “man-made” or “natural” proportions so-as to be considered a “grave danger” amidst any “National Emergency'” whereas the ‘American public will not receive any warning’ whatsoever of such an event.

Additional ‘restricted access to federal building benefits’, currently enjoyed for a limited time only now, will disappear for many people to be found ‘not having their papers in order’.

Then And Now, From Network to Orwell, ‘Calm Before The Storms’

Novel, how George Orwell foretold of the 21st-century world from within his 1948 publishing ‘1984’. Try not to be amused by the simple fact “Big Brother” knew all and saw all, that far back in time, compared to what some Americans see today.

Try not to be too overwhelmed by Orwell’s book depicting ‘flat-screen television displays’ everywhere; even plastered into the outside of large high-rise buildings – like in Las Vegas – where people’s eyes became pursuit-fixated on anything.

From presidential declarations, socialite scandals and titillating tragedies bring to minds a couple of American legacy motion picture films, including:

Billions Of People As Sharp As Marbles –

Too blind to see, who, whom or what may come to stop herding sheeple, ‘America sees no shortages of uninformed people blindly led by their own tax expense to their peril.

Townhall rioting, in public places, nationwide such as what’s planned to begin November 4, 2017 throughout America will either be ‘allowed continual clandestine financial fueling’ from multiple billionaire supporters propping-up George Soros funded multi-national organizational kindlings for igniting a ‘new America civil war’ or a ‘world war’ stopping earlier stage performances from groups like ‘Antifa’ and others whom are “tired and not going to take it anymore” as the now legacy American motion picture films of “Network” and

Just a heads-up as-to ‘what is now coming to all people who find themselves trapped like rats following the Pide Piper all around the United States of America where the only shortage are fox-like people thinking outside age-old boxes caging innocent others.

If you enjoyed reviewing my report please don’t be shy about letting me know by showing your support, either here: www.paypal.me/UpiGuy or simply e-mail me ‘direct’, at: UnwantedPublicity@GMAIL.Com

Please tell a friend about this or any other UPI Guy reports by simply clicking on any of the colorful square “Share” buttons lined-up across the top of any of my ‘UPI Guy’ report blog pages at Project Camelot Productions today, if you cannot afford a small donation today.