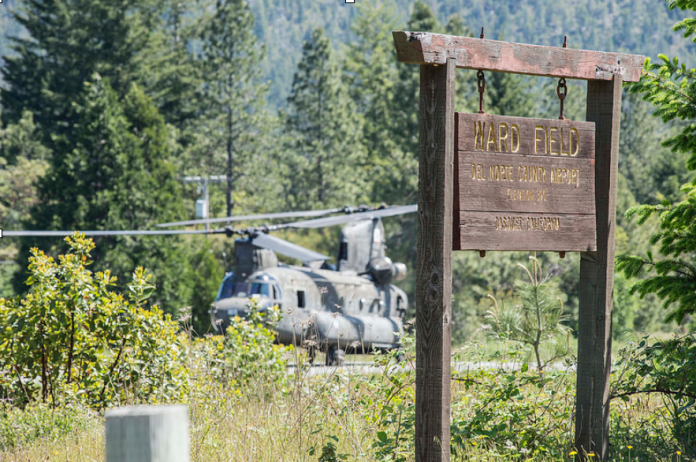 Note:  this report is still as important today as it was when originally published.  Please read below this re-post of this report.–editor

LOS ANGELES – August 18, 2015 – Secret forward movement, is fast afoot, between what is going on inside the U.S. Department of Homeland Security ( DHS ) with other official agencies, departments, divisions, offices, in-conjunction with ‘key critical infrastructure’ entities and organizations’ throughout America; including, its Western Region.

From what I recently learned, I believe certain phases of activities are occurring ‘nationwide’, and ‘not just limited’ to only the ‘Western Region’ of America.

People are no longer told about events impacting the entire globe ( as a ‘whole’ ) simply because America laws have been changed; halting any and all impending U.S. national “grave danger” warnings to the public.

People have been forced to begin gathering their own bits and pieces of information, they may ( hopefully ) be able to assemble, eventually making some sense-of while ‘attempting to prepare to survive’ an ‘extent unknown’ life-threatening ‘national or international disastrous event’.

Publicly-elected officials, government employees, and federal contractors are now ordered to keep quiet on these types of national secrets too.

Away-from most all citizens of America, people should be ‘very concerned’ when they hear some say:

“The government can ‘not’ keep secrets!”

Beware, such ludicrous statements are purposely designed to lull people into believing ‘they will be informed or somehow alerted by government warnings ahead of events’, which is simply untrue; according to U.S. federal laws prohibiting public knowledgeability of such national emergency events where there exists an extremely high probability or impending “grave danger” event expecting mass human casualties.

You Will ‘Know Absolutely Nothing’!

If you’re lucky, you ‘might’ be one of those few fortunates tipped with information beforehand, however, do not rely on such ever occurring.

Discerning fact from fiction is not so easy because, it is ‘easier for most people to believe lies rather than believe they have been lied-to’.

For the sake of your own life and those of your loved one’s, who or whom do you trust to make well-informed decisions on your behalf’?

Forget about ‘your own survivability and those of your loved ones’ whom will never-ever be warned or alerted.

The smartest bet to survival is to begin preparing by seriously paying attention to certain Alternative Media information outlets.

If you want to put ‘yourself in-charge of your life and those of your loved ones’, that may be the way you feel today, but remember that is ‘not how you actually ‘voted’ according to law because being informed is ‘no longer a right of American citizens’.

You might want to remember these facts, if there ever comes a ‘next time’ for ‘you’ to ‘vote’ to do anything about ‘changing the way politicians control lives today’.

Factual information, or ‘tips’, are not easy to locate because ‘good quality in-depth analytical research reports’ only come after many years of experience, otherwise such consumes too much ‘time’, which not only costs huge sums of money, and is both something that many people have far too little of remaining.

The quandary of everyone obtaining excellently researched factual information is not going to happen any time soon so, it is most important to keep eyes and ears wide-open because ‘you might just learn something’ that many other people may not.

Here ( below ), within my typical ‘data dump’ are factual first-hand ( personal ) ‘official bits and pieces of information’ you might just want to thoroughly research for yourself and your loved ones too.

Intelligence information I recommend your taking very close to heart because I personally witnessed some if it occurring as it was directly but limitedly and officially presented to me ( below ):

Californians are now being asked to report ‘independent drone operators’ to police viewing them now as ‘operating threats to public safety’.

Telephone tips to officials are coming with their new HOTLINE, being:

The Emergency Alert System ( EAS ), is:

EAS may also be used by both State and Local authorities to deliver important emergency information, such as ‘weather information’ ( targeted to specific areas ) in-addition to AMBER alerts.

There are a host of EAS plans in-place throughout states, only one ( 1 ) of which is the Los Angeles County ( CA ) EAS Plan “COMMUNICATIONS OPERATIONS ORDER ( CA-LA 1 )” Monitoring Plan; download it for review, here:

Situational Awareness From DHS To CAL-OES

U.S. Regional meetings, now underway, include the State of:

While I sincerely do not wish to see another wide-scale national or international disaster emergency resulting in untold numbers of loss of human life, it is my duty ) as a member of humankind ) to make as many people aware of facts.

As-to ‘threats’, both big and small, I alert people far and wide so-as to ‘mitigate losses of human life’, rather than simply sitting back on my lead assets and simply doing nothing by ignoring potential dangers few are keenly aware-of.

There is undoubtedly something ‘significant’ coming our way because officials have been curiously requisitioning and repositioning key critical infrastructure resources away-from coastal waterways.

September 23, 2015 appears growing globally popular, a ‘when date’ that I can neither confirm or deny.

Many have been asking themself, “What should we do?”

Unfortunately, in my own case instance, I’m stuck ( Los Angeles, California ) desperately needing vehicular repairs, fuel and food to get myself, intelligence files and my mobile van home-office far-enough ‘inland’ ( about 1,100 miles ) and then ‘north’ ( almost to the border of Canada ) to a certain safe-haven, which I cannot reach properly without donations to continue providing people around the world with my UPI Guy reports. A September vacation appears in order, for some, however we all now know I’m stuck. How about you?

Thank you for your faithful readership, feedback, and what ever support you may decide to donate directly for me.

[ NOTE: If you enjoy reviewing Unwanted Publicity Intelligence ( UPI Guy ) reports, please share your comments and support via e-mailing me direct, at: UnwantedPublicity@GMAIL.Com —> Please be sure to type-in ( your e-mail Subject-line area ) the words: “HELP OFFER” <— or, simply Donate directly to me, here: www.paypal.me/UpiGuy ]