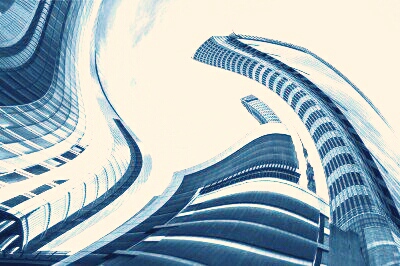 LOS ANGELES – July 1, 2017 – Many people believe they have a pretty good grasp on what is going on within their bodies at any given time however, an even greater number of people are totally unaware that their ‘body time clock functions’ – after 40-years old – could get them and others quickly killed without any warning.

I cannot believe professionals and government officials were unaware of what I just discovered today, and my preliminary research indicates both already knew but never broadcasted anything about it publicly.

The statistics are well hidden within ‘traffic accidents’ and ‘resultant fatalities’ of 40-year old people ( and older ).

Those 40-year olds ( and older ) whom ‘do survive’ cannot clearly explain nor do they understand what occurred the instant they lost control of something termed “Spatial Awareness” that ‘occurs before losing control of your motor vehicle’. Hence, the ‘official medical neuroscience statistical averages of “Vestibular Dysfunction” unjustly maintains an ‘erroneous low percentage of occurrences’.

“The type and severity of vestibular disorder symptoms can vary considerably, and be frightening as well as difficult to describe.”

Inner ear communications with the brain maladies is just now beginning to be identified and investigated closer resulting in multiple symptomatic variable findings as well as certain new categories requiring new studies, including but not limited to areas of: Human sensitivity to certain types of computer monitors and digital televisions.

Since it occurred with me, and I was not killed, the fact of my ability to act quickly was only part of my good fortune for living to report on this.

I was also helped because of my earlier intelligence training that provided a National Highway Safety training, plus I later worked for a special private C.I.A. organization ( Academy Of Defensive Driving / AODD ) that taught advanced Executive Driving for foreign dignitary driving, anti-terrorist kidnapping attempt evasion, how to lob hand grenades while driving a limousine, plus a few other driving skills.

My additional luck was I was ‘not driving on a crowded interstate highway system’, and I was travelling in the slowest traffic lane with an area marked for emergencies with enough room to pull over quickly and stop’. Had I been on a mountain road, I would have accidentally driven off a cliff.

Most importantly to remember is, vertigo spinning ‘sneaks up on anyone’ and does-so ‘extremely fast’ and with ‘no warning’.

For further help on this, I recommend reading the “Research And Help References” ( below ) and being thoroughly checked by a professional specialist as soon as possible.

The only way in which I ran across very basic information explaining what had later actually occurred ( ‘transient vertigo’ / Benign Paroxysmal Positional Vertigo / BPPV ) to me while driving my motor vehicle during February 2017 on a United States interstate highway in America where my surroundings (the entire landscape around me) began spinning and would not stop.

Here ( immediately below ) is a short video clip of a young doctor from a TV show ( The Dr.’s ) who encounters, while ‘sitting on a bed’, what I encountered while driving on an interstate highway:

I am a ‘researcher’, and ‘not a medical doctor’, who while writing my report ( herein ) oddly discovered more within the topic I originally began about.

I was spurred oddly enough by some weird sense to research further into my report references even though I had already concluded writing my report for publishing today.

What I discovered was additional knowledge enlightening me enough to answer at-least one ( single ) mystery in my recent life.

Had I not bothered to research any further on the subject of human ‘physical sensory perceptions’, I would never have known, plus the additional chance of misfortune I could have otherwise died in a future motor vehicle transportation accident because of what I ‘did not know’ that ‘naturally occurs physiologically in most human beings over the age of 40-years old’.

As an aside, to this report, I digress by mentioning my curious luck – at 67-years old – to have just now ( today ) discovered these facts. Hence, I expanded my original simple report to include this new additional information ( herein ) prior to this publishing.

Natural Right To Be A ‘Whistleblower’

We should all ‘know’ about the ‘unknown’ because we all have a ‘personal stake in living’, ‘protecting life of our loved ones’, and ‘warning humanity when anything threatens our very existence’; whether government officials want us to be ‘Whistleblowers’ or not – when a situation becomes a matter of our survival on planet Earth.

Some may shrug and quip this report is nothing Earth shattering, however if and when such an incident happens to you ( personally ) it will certainly become a huge issue to ‘you’ or ‘your loved ones’ the next time ‘you drive a vehicle’.

Muscle strength loss by 40-years old is typically understood within most professional athletes whom rarely continue through pro sports careers past their late 30s.

Two ( 2 ) tiny “Otolyth Organs” located within our ‘Inner Ear’ provides our human body with a sense of:

According to recent findings, by the time most human beings are age 40-years old, our body’s ‘vestibular functions’ begin to ‘deteriorate’ at a rate of between 15% to 34.8%.

Data from a National Health and Nutrition Examination Survey ( NHANES ) were analyzed to show 35.4% of American subjects above the age of 40-years old were ‘unable to stand on foam with their eyes closed’.

Your body is degenerating quicker and even more-so than many medical professionals realize.

Yes, we’re all becoming older. And, ‘yes’, we’re all dying a slow death. But at ‘what age’ does our ‘aging process’ become ‘life threatening’ to us and / or others?

‘Instant Loss’ Of ‘Spatial Awareness’ – How It Can Kill You And Others Too!

In early February 2017, while driving from Los Angeles, California to Tucson, Arizona I almost died in an automobile accident caused by something occurring within me I was totally clueless about.

The incident occurred suddenly and without any early warning signs.

Later, it frightened me to consider, “What if this happens to me the next time I drive?”

“Given the clear evidence presented ( herein ) that ‘vestibular function declines with age above 40-years old’, and given the relative consistency of the earlier estimates of vestibular and balance dysfunction, it seems reasonable to try to make a conservative estimate of ‘the number of people who might die each year due to vestibular dysfunction’.”

“For example, it seems likely that at least ‘some of the transportation accidents ( e.g., car crashes ) that lead to the death of about 50,000 Americans each year are due to ‘vestibular dysfunction’.”

“Unfortunately, we were unable to locate enough relevant data ( at this time ) to estimate the ‘contributions of vestibular dysfunction to motor vehicle accidents’.”

So, now I know what occurred with me on Interstate 10 in Arizona when my whole view of the highway and entire landscape around me started spinning around when I was driving fully rested, unfatigued, and wide awake in broad daylight.

What I do ‘not know’, nor do even these medical professionals studying neuroscience, is:

“What ‘early warning’ can be provided to humanity ( globally ) whom are 40-years old ( or, older ) while driving a motor vehicle on highways shared with other people and family members in vehicles too?”

Whether ‘Extra Sensory Perceptions’ ( ESP ) ‘heighten’ as we grow older or ‘decrease’ remains to be studied.

There is, of course, the matter of expanding human body ‘inner awareness levels’.

As for ESP, most people never practice nor are they ever trained for how to more-fully develop themself.

Akin, perhaps, to being born with a brain but never schooled or trained to study anything more than one’s ‘primal instincts’, yet seemingly lethargic, other ‘primal sensory perceptions’ are indeed ‘heightened’ ( senses of hearing, smell, etc. ).

How to utilize, what we’re all born-with, might require special training, however, who can say whether ‘primal cave people’ ( cavemen ) had additional ‘naturally heightened’ levels of ESP too.

Have we, our ‘natural human being self’ – if left alone or guided differently lost our ‘natural enlightenment’? And, if so, how or why were we trained-down the path bringing us to where we evolved today?

Is the unorthodoxed theory true, that Cro-Magnon man traversed as a ‘hunchback’ because atmospheric oxygen levels had not risen up from early Earth ground-levels so man could breathe properly walking upright?

As our seemingly “civilized world” becomes more savage with even-more outbreaks of ‘animalistic human behavior’ coupled with multiple probabilities of global thermonuclear wars, is our human race unwittingly ‘righting human beings back to the stone age’ wherefrom ‘natural sensory perceptions’ may be destined to return-to and grow differently?

Jedi Master Yoda, what say ‘you’?